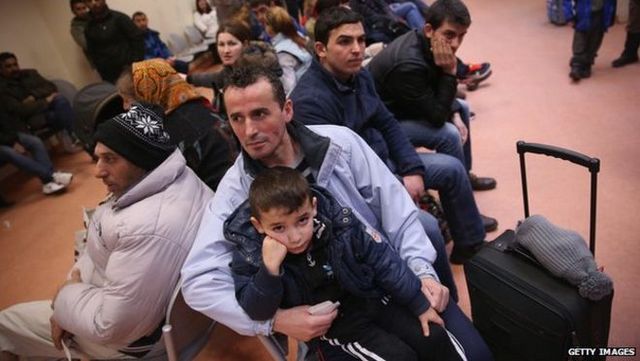 ST JOHN’S, Antigua – The Antigua and Barbuda Government has confirmed that 12 Syrians who entered Antigua lawfully later sought refugee status in the US Virgin Islands.

“We do know that 12 Syrians entered Antigua & Barbuda lawfully then, apparently, took a vessel to the US Virgin Islands, and when they arrived there, attempted to claim refugee status or that they were persecuted or something to that effect in Syria, and therefore they were seeking to remain in the United States lawfully,” Government Chief of Staff Lionel Hurst said.

“To be quite frank, I don’t know where it has gotten since that time because it was not discussed in Cabinet,” he added.

His statements follow a claim by former chairman of the United Progressive Party (UPP), Leon Chaku Symister, that Antigua & Barbuda issued visa waivers to 53 Syrians and after the developments in the US Virgin Islands, the FBI had to intervene.

Symister alleged that research by the opposition in the situation revealed the US agency’s involvement.

However Hurst said he had no knowledge of the Federal Bureau of Investigations’ (FBI) visit to Antigua & Barbuda in relation to the matter.

Hurst, instead, reiterated the ruling administration’s no-refugee stance, which was adopted several weeks ago by Cabinet.

“We made it very clear that we are not in the business of receiving people from other parts of the world, who are fleeing the kinds of destruction we are seeing in that part of the world to come to Antigua only to try to get to the United States. Every sovereign state has the right to protect its borders and that is what the Antigua & Barbuda government has done,” Hurst said.