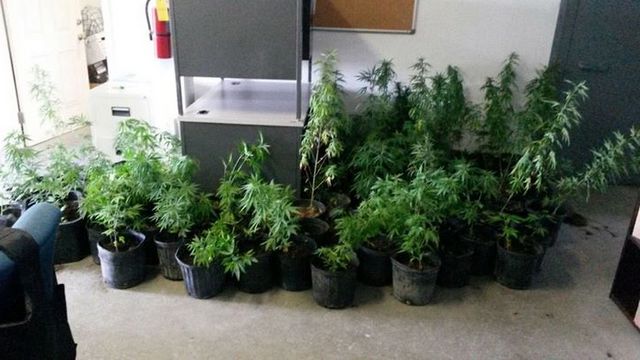 On today’s date (Friday 17th July 2015), William Richard Penn Jr appeared in the Magistrate’s Court and pled guilty to the charge of Cultivation of Cannabis.

The charge laid on William Penn Jr. stems from an incident in which police executed a search warrant at a home in The Bight at approximately 12:30pm (Monday 13 July 2015). During that search, police located and seized 3 large flower pots containing 18 suspected Cannabis plants. As a result, 21 year old William Richard Penn Jr was arrested.

The Chief Magistrate, Clifton Warner has scheduled the date for Penn’s sentencing on Friday 21, August 2015.

Also in the Magistrate’s Court, 23 year old Derrickson Missick of Kew Town pled guilty to Possession of Controlled Drugs and was fined $1,200.

This charged is in connection to a Search Warrant that was conducted at the home of Mr. Missick on Wednesday July 15, 2015 where 21 grams of Cannabis (An estimated street value of $210.00.) was found.

He was ordered to pay the fine by Friday August 21st, 2015 or four months imprisonment. 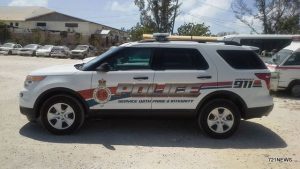 The financial Crime unit is advising the public to beware of strangers contacting them on Facebook offering them employment opportunities.

These individuals will add you as a friend on Facebook and start a friendly conversation with you. Thus far, we have seen where persons are offered to conduct surveys on behalf of these strangers, mainly to provide feedback on money transfer services operating here in the Turks and Caicos Islands.

Once you accept their proposal and employment opportunity, the fraudster would request your personal information and also your bank account details in order for them to transfer money to your account. The money that is transferred to you, is for you to conduct your survey.

Once the money is transferred to your account you will be given information and instruction to transfer the money to a third party. You will also be asked to provide feedback on the services of that money transfer agency as part of your survey.

Persons are asked not to follow any links emailed to them asking them to update their banking information. These emails appeared to be coming from your bank, however they are been sent by hackers who are phishing for information.

Once you follow the link provided and update your information the hackers will have your banking information and will transfer monies from your account. 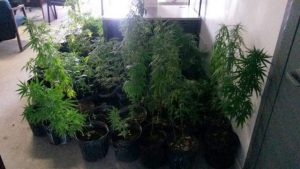 During the search of that bushy area, police discovered 90 plant pots each containing a Cannabis plant with an average height of three feet.

The plants were seized from the location for destruction.

No one was found in that location during the police operation and inquiries into the matter are continuing.

Officers of the Royal Turks & Caicos Islands Police Force (RT&CIPF) have arrested and charged a number of persons for various offences on Thursday 16th July 2015.

1). A 41 year old male of Five Cays Providenciales was arrested on suspicion of Assault Occasioning Actual Bodily Harm. This arrest is in connection with a report that was made on an earlier date. The male is presently in Police Custody. Investigations are continuing.

2). A 48 year male of Turtle Cove Providenciales was arrested on suspicion of Disorderly Conduct on a Liquor License Premises and Breach of the Peace. This arrest is in connection with a report that was made on today’s date (Friday 17th July 2015).

3). 32 years old Delano Ferguson of Five Cays Providenciales was arrested for Assault Occasioning Actual Bodily Harm (AOABH). This is in connection of a report that was made earlier. After police concluded their investigation, Ferguson was then charged for (AOABH). He was granted bail for his appearance to the Magistrate’s Court on Wednesday 22nd July 2015.

4). 23 years old Darrison Missick and 22 years old Derrison Missick of Kew Town Providenciales were both arrested for Possession of Controlled Drugs namely Cannabis. The arrests are in connection to a Search Warrant that was executed at the homes of both persons. They were formerly charged and will be appearing before the Magistrate’s Court on today’s date (Friday 17th July 2015).