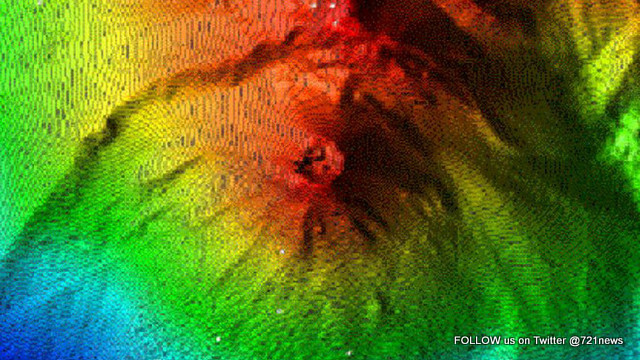 GREAT BAY, Sint Maarten (DCOMM) – The Seismic Research Centre (SRC) of the University of the West Indies (UWI) on Sunday announced that it has downgraded the alert level from orange to yellow with respect to the Kick ‘em Jenny under water Volcano that is located near the South Caribbean island of Grenada.

The Office of Disaster Management (ODM) on Thursday was informed about the increased seismic activity related to the under sea volcano and the increase in the alert level to orange.  Since then, the ODM monitored the situation closely and is very pleased that the situation is slowly returning to normal.

According to SRC/UWI, seismic activity levels have reduced significantly during the last 48 hours since 6.00pm on Saturday, July 25 when no activity was recorded.

The Government of Grenada, based on the advice of the SRC, has lowered the alert level to yellow based on the findings of an aerial survey that was carried out on Saturday.

Under the alert level yellow, vessels should observe a 1.5 km exclusion zone, and as a precautionary measure, the marine community in the Southern Caribbean near the island of Grenada has been advised to continue to observe the 5 km exclusion zone.