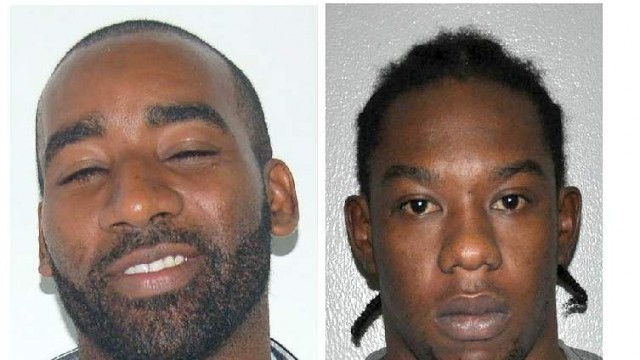 Selby, 30, walked into the Barataria Police Station around 7.25 p.m. and gave himself up, Lewis said.

He was accompanied by two people.

Selby claims he is fearful for his life.

Selby, Hassan Atwell, 41, and Allan “Scanny” Martin, 42, staged a daring daylight jailbreak from the Port of Spain prison around 12.30 p.m. on Friday.

Both Martin and Atwell were shot dead under differing circumstances after the escape.

The three prisoners managed to get their hands on two 9mm firearms and a hand grenade which they used to escape from the Frederick Street prison.

They pointed their weapons at a group of prison officers and ordered a gate attendant at the jail to open the doors.

With their weapons fully visible, they then ran to a dark-blue four-wheel-drive Nissan Navara, which was parked on the roadway outside the prison, in an attempt to flee the scene.

One of the men threw the grenade on to the roadway and it landed in the drain in front of the prison.

It did not go off.

There was a chase through Port of Spain and Allan “Scanny” Martin, 42, was killed in a shoot-out with police at the Port of Spain General Hospital on Friday afternoon.

PC Sherman Maynard, 27, was killed during the prisoners’ dash for freedom.

Atwell was murdered on Sunday morning by the hands of warring gang members.

Atwell was found dead on the compound of the Servol Sunshine Hill Life Centre, at Calvary Hill, East Dry River, Port of Spain.

Selby was the last man standing.

He is facing two murder charges.

National Security Minister Brig Carl Alfonso had said earlier he anticipated Selby would be either shot dead or apprehended by yesterday. See Page 4

Selby is expected to be charged with escaping lawful custody.