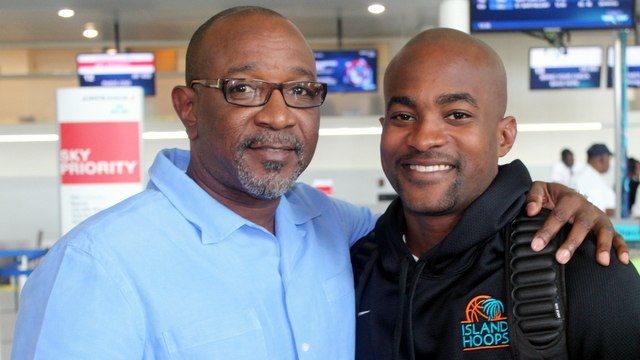 PHILIPSBURG – Minister of Tourism, Economic Affairs, Transport & Telecommunications Hon. Claret Connor, was present at Princess Juliana International Airport last weekend to support Island Hoops Basketball Academy and a team of young trainees who would be partaking in an international basketball camp in Pennsylvania.

Minister of Sports Hon. Rita Bourne-Gumbs who was off island at the time and could not be there to give her support, wished Island Hoops and the young trainees all the best, adding that the Sports Department did contribute financially to help the nation’s youth attend the Camp and gain international experience which would benefit their overall development.

“This is a great opportunity for our nation’s youth and I wish them much success at this camp.  Skills development training is very important, and is necessary to develop our own young people who are interested in various international sports, with basketball being one of them.

“I commend Island Hoops and its Founder Paul Bell for establishing such an organization that presents opportunities for young basketball players.  We have many talented young people and these avenues further promote their development,” Minister Connor said on Thursday. 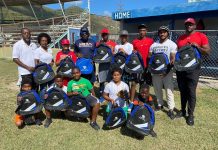