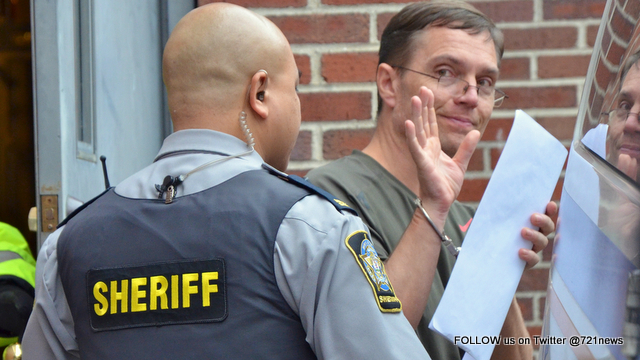 WINDSOR – Quintin Earl Sponagle, who is alleged to have been the involved in a multi-million dollar Ponzi scheme, was denied his application to use the services of legal aid on June 30. Sponagle will be returning to court July 17 to provide an update on his legal situation.

“I can indicate that my office has rejected him from full-service representation, however, I have provided information to him on how to appeal that decision,” said Chrystal MacAulay, a legal aid lawyer, during his most recent court appearance.

A legal aid committee will be convening on July 16, where Sponagle could appeal the decision.

Sponagle is also appealing to vary his recognizance and living situation, which will be determined on July 17.

Judge Alan Tufts said he’s getting frustrated with how long the case is dragging out.

“I’m trying to move the matter along, because at some point he’s going to need to make an election,” Tufts said.

Sponagle’s former lawyer, Derek Brett, withdrew from the case in April and Tufts advised Sponagle to seek new legal counsel quickly. Since then, Sponagle has been looking for a new lawyer, including through legal aid.

Sponagle, the former general manager and of Jabez Financial Services Inc., is accused of defrauding 179 investors out of more than $4 million. He was extradited from Panama last year.

He is currently out of custody on a $45,000 recognizance. The charges against him have not been proven in court.