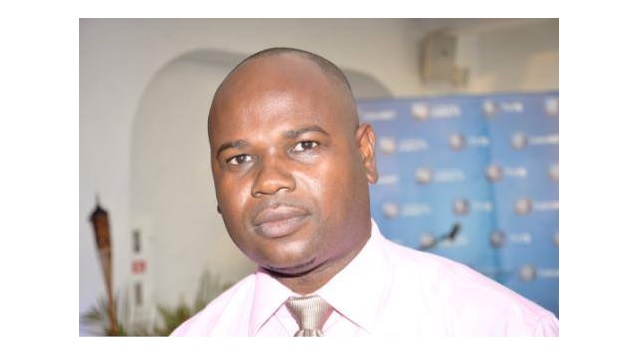 PHILIPSBURG, Sint Maarten — In sharp reaction to the claims from the Supervisory Board of Directors of NV GEBE, SXM Service Provider has issued a statement, which they stated, ‘was not prepared by any lawyer since NV GEBE still refuses to pay the money it owes.”

In addressing the comments made by GEBE Supervisory Board Chairman Rene Richardson Alfred Harley stated, First Rene Richardson should use actual facts to represent himself and the company he supervises as Chairman of NV GEBE’s Supervisory Board. Whether they planned on paying SXM Service Provider that money or not, Fact is that amount of 168 thousand has not been received by this company.

Fact, while I stand corrected as to the guilder amount received by the board members, Rene Richardson conveniently failed to explain the USD$10,000 allegedly received by one of his board members monthly. When is the Supervisory Board’s legal and moral obligation going to kick in in this regard? Are those amounts not disproportionate to the services rendered?

Fact, unlike other contracts, our contract was based on actual hours worked, therefore if NV GEBE did not have any work for us we did not get paid. Meanwhile others reportedly collecting USD$10,000 monthly for doing nothing while NV GEBE under the watch of Rene Richardson has people employed to provide the same service.

Fact, SXM Service Provider provided proof of service and every time the Board was reportedly in a hurry to get things done, and made changes to things, they must have known as well versed businessmen that to send people back to make frivolous changes to documents because one person’s opinion was not properly positioned, had financial consequences with us as with the other service providers contracted.

Fact NV GEBE requested services outside of the originally contracted agreement, which resulted in an addendum to the original agreement and Mr. Richardson, naturally as the scope of work changed and increased so should the billable hours, but nowhere near what you are claiming, since you and GEBE would be in charge of how much work you give.

Fact is that the 1680 hours Rene Richardson speaks of is an average of eighty-four hours (84) per month worked by each of the five people hired to do the work NV GEBE requested. Allegations of half of a million dollars to a service provider such as ours, was (politically motivated) to detract from the fact that Rene Richardson and his board reportedly requested that the contracts with a local company be cancelled without explanation, and no further money be given to them, because it appears only them and their cronies are allowed to get paid by NV GEBE.

While Rene Richardson complained that the payments received were processed within a short period, he failed to comment on allegations that members of the Supervisory Board would walk into NV GEBE office to collect checks on behalf of companies, some of which are still today reportedly being questioned as to the service they provide. He also failed to comment on the alleged advances to Supervisory Board members that have gone unpaid.

Fact is the billable hours was based on a combination of hours worked by individuals and not based on one person as they would like to have the public believe.

Fact is that when things were going well with them and everyone was happy with what they were getting, no one saw a problem with SXM Service Provider’s contract. Fact, none of the other service providers, including those with whom SXM Service Provider worked at the request of NV GEBE, are being mentioned nor their monthly amounts.

Fact, when the relationship between Mr. Maduro and the Supervisory Board started going south, they requested several contracts and found mine to be easier to use because as a local company I had no fighting power, so they claimed I had no power of attorney and when that did not work they decided to create the spin that the service level agreement was for a fixed amount in order to give the impression that Mr. Maduro overstepped when he signed, knowing full well as they did when they were expressing in emails how happy they were with our services, that the contract was based on hours worked.

If you are not trying to cripple the company, firstly if something was amiss with the contract and as is clear from your statements nothing seemed wrong with the services rendered, then in the interest of not crippling a small company you should have done a revision of the contract, if you were so inclined.

What statutory conditions were violated when the CFO reportedly purchased a vehicle for $15,000 more than allowed? How were those violations rectified? What statutory conditions were being violated the many times that Supervisory Board Members reportedly went to their girlfriends bars and had drinks under the guise of discussing company business and then after instructing the COO to pick up the tab, then claim he used his credit card illegally?

And I would leave the discussion of any other larger contracts that the Supervisory Board can’t deny knowing, to the auditors. Meanwhile Rene Richardson needs to ensure that NV GEBE honour its commitment.

Here is a copy of a E-mail we found in our inbox, that was send by Rene Richardson to different parties including Harley back in January 2015 where by you can clearly see the involvement of Mr Harley company:

This proof that the GEBE board recognize the existent of Mr Harley company SXM Service Provider!!!!

The complicated arguments in this press release do not impress the consumers, they just don’t understand and they just don’t care. Give them also the comparison from August 2014 up to present of the drop in the fuel clause and they will see this better. GEBE’s Fuel clause has been going down all the time. Show the customers this with the calculations also.

I have highlighted some typo’s in ” RED “, so please take note.