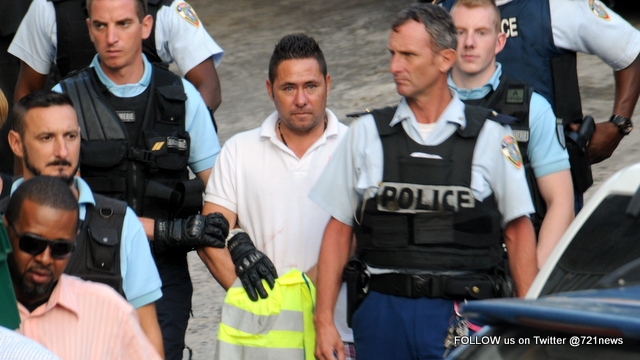 PHILIPSBURG, Sint Maarten — At the beginning of the week the French Prosecutor requested legal assistance (rechtshulpverlening) of the Sint Maarten Public Prosecutor office to carry out two house searches in two different cases.

The first took place on Monday (June 29th) afternoon in Belvedere where the French Gendarme and the Dutch side police and detective was seen entering a house in Belvedere of which an investigation is being conducted by the French authorities.  From sources close to the young man we understood that he was taken in custody by the Gendarme and at the time of his arrest they found a weapon.

Is not clear to us on what date he was arrested and if indeed he had a weapon.

But on Monday afternoon the Detective, Gendarme and the Public Prosecutor was at his house in Belvedere.

The second house search took place on Thursday July 02nd around 4 pm when the Gendarme and Dutch side police in full armour  escorted a Latin man known as “Marlon Palacio” who working at a local Shipping company, to an apartment located on the Priest dwelling right behind of Sangs Supermarket in Point Blanche.

He was arrested on the French side and the French prosecutors are busy conducting an investigation against him for violation of the opium law.

Reliable sources are telling 721news that the Law enforcement officer has encounter a big quantity of illegal drugs in the apartment.

Eyewitness who was at the scene also confirmed to  721news that the detectives had confiscated a suit case that was heavy when it was been transported to the police car also they saw brown sacks and a green plastic container been remove from the Apartments.

The suspect was escorted by the Gendarme back to the French side the Police and gendarme are busy with the investigation. 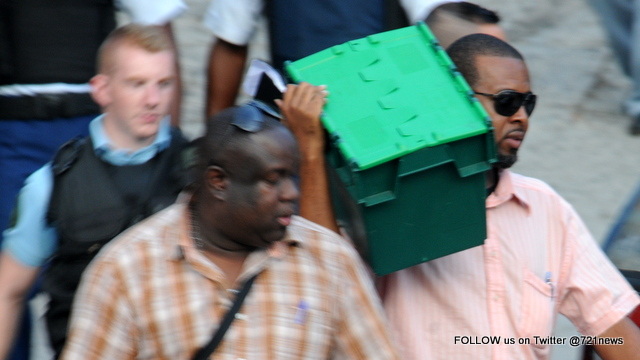 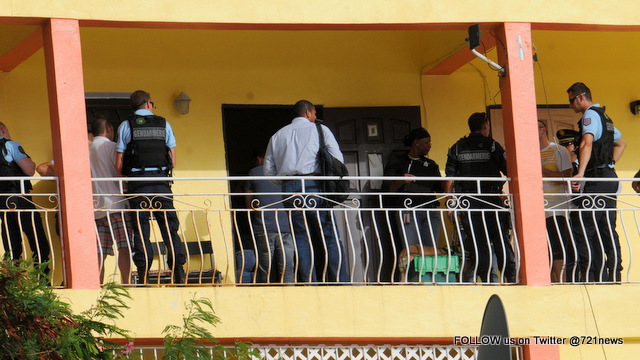 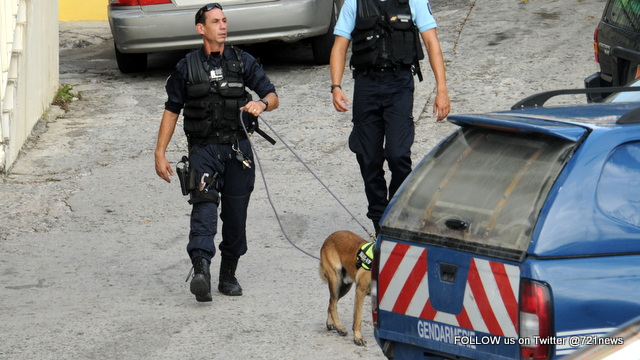 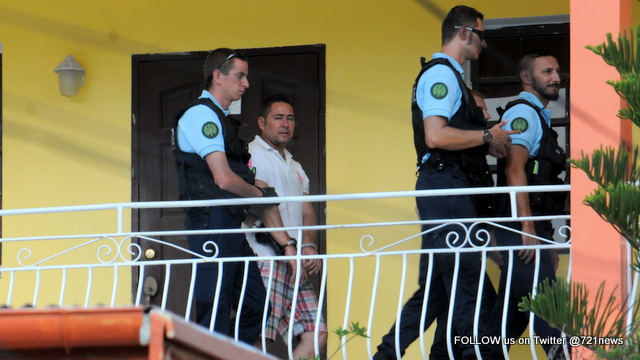 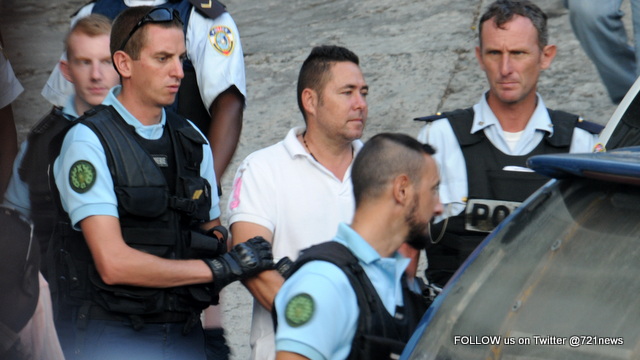