GREAT BAY, Sint Maarten (DCOMM) – Police have given the all-clear sign and the bomb threat at SXM Airport is over.  Airport operations are back to normal as of2.15PM.

The access roads leading to the SXM Airport, from the Simpson Bay Causeway round a bout and from the Maho round a bout have been re-opened.

Persons traveling today will have to check with their airline in connection with their flight schedule.

During the press conference Minister Connor pointed out that various protocols had to be followed according to international civil aviation regulations when a bomb threat is made.

The Minister added that he was very pleased with the professionalism carried out by all authorities, and every effort was made to limit the inconvenience to travellers, adding that number one was caution and prevention as well as safety of all concerned.

Brown stated that things went smoothly as protocols were followed, adding that SXM Airport were well trained and prepared for these types of situations.

GREAT BAY, Sint Maarten (DCOMM) – The Police Department has closed roads leading to the Princess Juliana International Airport (SXM Airport), from the Simpson Bay Causeway round-a-bout and from the Maho round-a-bout in connection with a bomb threat at SXM Airport related to KLM 785.  The bomb threat was received at 11.45AM.

Motorists are requested to avoid traveling to SXM Airport at this point in time.  Police check-points have been established at both round-a-bouts.

Current air traffic movements or scheduled flights have been re-routed to other destinations until further notice.  Persons traveling today will have to check with their airline with respect to when they should travel to the airport in connection with their flight.

Information provided here was from the Police and sent via DCOMM.  Additional updates will be provided. 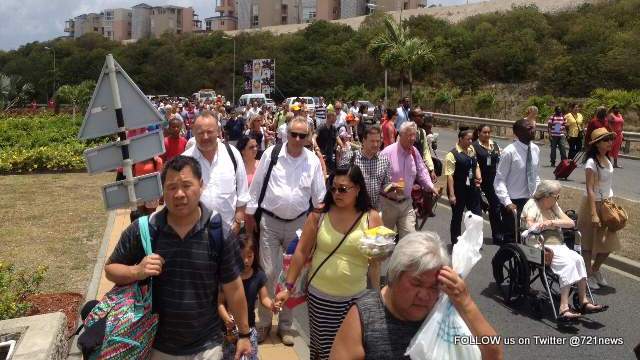 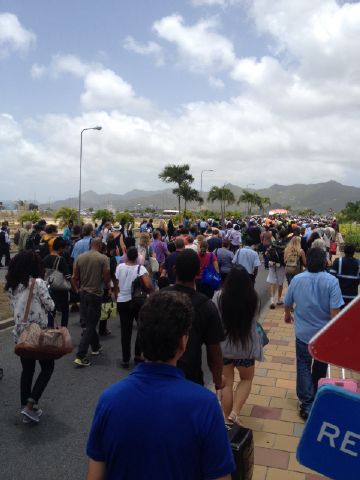