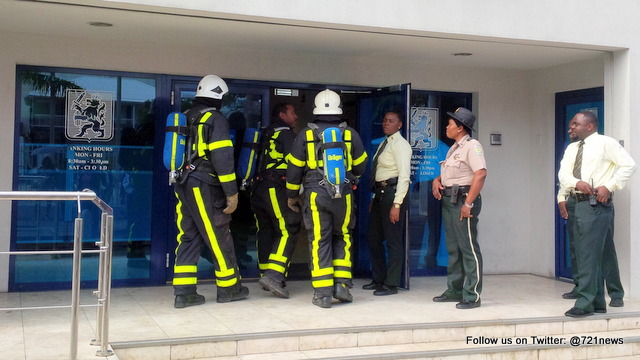 PHILIPSBURG –Monday afternoon, staff and clients of the Windward Island Bank (WIB) was in for quite a scare when smoke started to come out of one of the office at its headquarters in Philipsburg. Minutes after 2pm, smoke travelled from corner to hallways at the bank, causing the alarm to go off and alerting authorities. 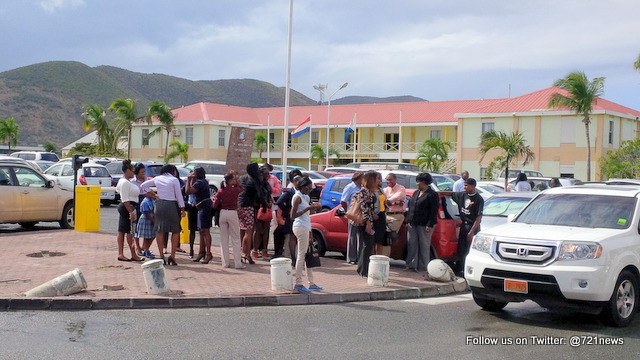 On arrival, the fire men walked in to the building and searched every office for the origin of the smoke however could not find any fire in the building. The fire department made the call to allow the staffers back in the building and declare it safe. Fire officer on duty Tony Gibs says “a malfunction of the alarm system is the reason for the alarm going off; the smoke came from a cable causing the alarm to go off”.

The fire department inspected the building and said every protocol was followed when it comes to a big building like the WIB headquarters. No injuries were reported during the incident and the bank was back to normal before 3:10pm.