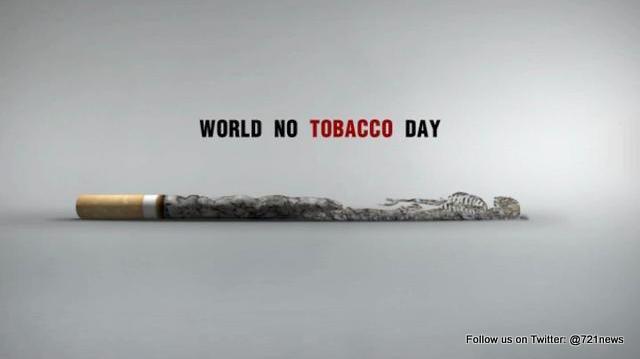 Those were the key themes of World No Tobacco Day on May 31st when World Health Organization (WHO) urged Member States to sign the ‘Protocol to Eliminate the Illicit Trade in Tobacco Products.’

Tobacco-related illness is one of the biggest public health threats the world has ever faced. Approximately one person dies from a tobacco-linked disease every six seconds, equivalent to almost six million people a year.

That’s forecast to rise to more than eight million people a year by 2030, with more than 80% of these preventable deaths occurring among people living in low-and middle-income countries, according to information received by the Collective Prevention Services (CPS), a department in the Ministry of Public Health, Social Development and Labour.

The protocol offers the world a unique legal instrument to counter and eventually eliminate a sophisticated criminal activity, and if fully implemented, it will replenish government revenues and allow more spending on health care.

So far, eight countries have ratified the Protocol, short of the target of 40 needed for it to become international law. Once that happens, the Protocol’s provisions on securing the supply chain, enhanced international cooperation and other safeguards will come into force.

The Protocol is an international treaty in its own right negotiated by parties to the WHO Framework Convention on Tobacco Control (WHO FCTC), which has been ratified by 180 Parties. Article 15 commits signatories to eliminate all forms of illicit trade in tobacco products.

The Protocol requires a wide range of measures relating to the tobacco supply chain, including the licensing of imports, exports and manufacture of tobacco products; the establishment of tracking and tracing systems and the imposition of penal sanctions on those responsible for illicit trade. It would also criminalise illicit production and cross border smuggling.

This money might otherwise be spent on the provision of public services, including health care.

While publicly stating its support for action against the illicit trade, the tobacco industry’s behind-the-scenes behaviour has been very different.

Internal industry documents released as a result of court cases demonstrate that the tobacco industry has actively fostered the illicit trade globally.

It also works to block implementation of tobacco control measures, like tax increases and pictorial health warnings, by arguing they will fuel the illicit trade.

The WHO Framework Convention for Tobacco Control (WHO FCTC) entered into force in 2005.

Parties are obliged over time to take a number of steps to reduce demand and supply for tobacco products including: protecting people from exposure to tobacco smoke, counteracting illicit trade, banning advertising, promotion and sponsorship, banning sales to minors, putting large health warnings on packages of tobacco, increasing tobacco taxes and creating a national coordinating mechanism for tobacco control.

There are 180 Parties to the Convention.