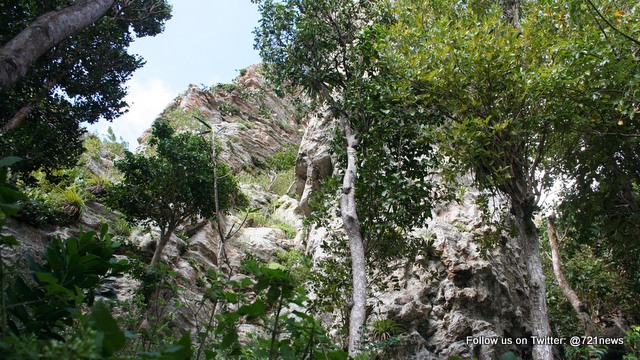 ST PETERS – United People’s (UP) party Member of Parliament (MP) Hon. Maurice Lake who just returned from overseas after attending an anti-corruption and integrity workshop on the island of Curacao says he was not surprised by certain statements and articles published in the media, but added that readers and listeners also need to know the other side of the story as well.

“A story is not solely based on one side alone.  This is becoming a trend in St. Maarten where we just make statements or slander people name without holding the person accountable for their statement or actions.  The only way we can address this is through education.

“As a representative of the people, I would like to set the record straight for the people and present the facts before these statements live a life of their own.

“The public statements made by Mr. H. Brookson are not true and far from the facts. It’s a pity as St. Maarteners, we like to try to throw each other under the bus and put our own against each other instead of sitting down together and addressing the critical issues that is affecting our people and our educational system, and come with a plan of action to move St. Maarten forward.

“As the former Minister of VROMI, I was given the opportunity by the previous Council of Ministers who by national decree duly authorized my person as the former Minister of VROMI in conformity with the Table of Contents as mentioned in article 21 of the Kingdom Ordinance Financial Supervision Curacao and St. Maarten, to sign the settlement agreement for the sale and purchase of the Emilio Wilson Estate.

“The previous Council of Ministers made a decision to let the current Government decide what Government is going to do with the future development of the Emilio Wilson Estate.  As the former Minister of VROMI, I would be going against the instruction by the previous Council of Ministers if I was to add something else other than the purchasing of the Emilio Wilson Estate.

“Instead the good gentleman for whatever reason or ulterior motives preferred to lay blame elsewhere and slander my name, and suggested that I should go ahead and break the law based on an informal discussion in which he knows I only can sign based on the national decree by the previous Council of Ministers in which was to only purchase the Emilio Wilson Estate, nothing more and nothing less.

“I also would advise Mr. Brookson to retract his statement in the press in which he stated “Instead you peddle it off fast to RFT (Rain Forest Tours), which I find is of no significance to realize their attraction park”.  I find this an emotional statement made in the press and tend to tarnish my individual integrity as a person.  Everyone knows the current long lease for RFT was signed by the current Prime Minster and Council of Ministers.  Let me be crystal clear, as former Minister of VROMI, Maurice Lake did not sign any agreement with RFT!

“Mr. Brookson likes to go on a rampage when he doesn’t get his way it seems, but he also has to understand that based on the draft zoning regulation, the Emilio Wilson Estate falls under the Monument’s list as well, and one cannot do as is pleased with the estate. Why don’t Mr. Brookson give the Charlotte Brookson Academy a piece of his property or donate to the school from the US$17 million dollars to purchase a piece of land to build a state of the art facility for CBA as his contribution to the educational needs of the children of Sint Maarten?

“As a representative of the people, I am going to make it abundantly clear that Maurice Lake has stopped taking blows for any one and playing petty politics.  We need to raise the bar to take our Country to another level.  We need to start making firm and unpopular decisions and addressing the priority projects that’s going to move St. Maarten forward.

“I would like to advise the Charlotte Brookson Academy Board & Management to send a written request to the Council of Ministers asking for a meeting.  It has to be a written request, not a verbal over the phone to address their current issues with the respective Ministers, instead of letting others twist their future around for ulterior motives. Imagine just returning to St. Maarten and the buzz word in the community is “they want to close down Charlotte Brookson Academy,” and Maurice Lake had meetings with them and don’t want to help CBA.  I would like to know who I had meetings with about CBA.

“I advise all our citizens, to get the facts first before you judge the individual and slander a person’s good name.  I find those statements made by Mr. Brookson wrong and without merit, and he just wants to stir up confusion in the community once again by those who have an agenda. As an educator, I will always stand up for our educational institutions and show them the right procedure to achieve their goals and to achieve their accreditation as a school.

“The CBA Founders, board and Management have worked very hard to achieve their vision and we should support them 100 per cent in finding a solution together. Even if we got to temporarily house them in the new Government Building across the street from where they are currently housed at the University of St. Martin, let’s do that until the new building is completed or until we have found a solution for them, because right now we have lights on at the two ground floor levels and nobody home.  I always say and will continue to say, there is no politics when it comes to Education, Health Care and our Senior Citizens.

“I also would like to set the record straight with the Vorst land purchase.  I was brought in about four times in Parliament for a vote of non-confidence not because of the Vorst issue or my work performance but the type of petty politics we play in St. Maarten.

“I went on the premise of a previous long lease agreement in which was much higher in the long run for the country than a purchase agreement. The price was an issue in which I bargained for another reduction in the price but the main reason was because of a former politician who was in the past parliament didn’t get a building permit because he didn’t meet the requirements under the law, and decided I should be fired as a Minister.

“It became a political debate but at the end it was approved by the previous Council of Ministers with a discounted price.  As a Minister, you have to make some unpopular decisions for the best interest of your people. The Vorst land is prime land for a multi-purpose light manufacturing complex which includes a sewing center, calling center and mechanical shop to make our own traffic signs and other things that the country needs.  It would also include an area to build affordable social housing for our young professionals coming back from their studies.

“St. Maarten this is the time for us to raise the bar and stop fighting and slandering each other’s name. We lose focus and need to let our egos at home and get back on track of executing the people’s work and setting priorities. The only way we can achieve this is by working together in the best interest of the people. We also have to start educating our people to change our way of thinking and the way how we do business in the community,” UP MP Maurice Lake said on Sunday.