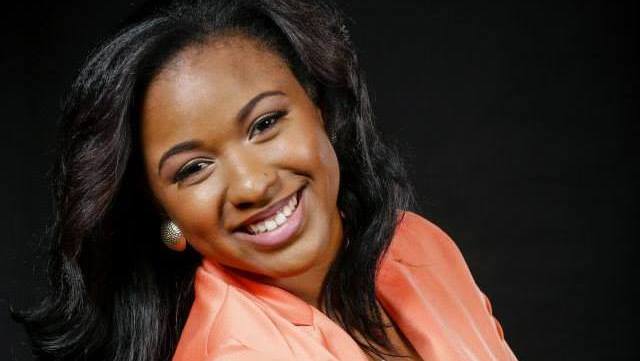 Philipsburg, Sint Maarten – St. Maarten Senior Queen Phausha Winklaar will vie for the 10th annual Miss Caribbean Culture Queen in Nevis on August 3rd. The Pageant is a regional pageant hosted during the Culturama festival. On Tuesday April 21, Winklaar was crowed as the senior queen in front of a large crowd in the Festival Village.

The idea of Culturama was conceived in February 1974 during a meeting of the Nevis Dramatic and Cultural Society (NEDACS). The main point discussed during this meeting was the general decline in the customary folklore troupes on parade during the then Christmas festival. It was felt that much of the customary indigenous Christmas traditions and activities were dying and that there was an urgent need to revive these traditions so that they can be handed down from generation to generation thereby ensuring the posterity of Nevis’ rich cultural heritage.

The Miss Caribbean Culture Queen Pageant was added to the Culturama calendar in 2006 and it has given Culturama some regional recognition because it has received participation from up to 10 different regional countries.

As part of her reign as Senior Queen, Winklaar will represent the island as a contestant and will be competing against 13 other countries. Supporters are encouraged to go on the Facebook page: Miss Caribbean Culture Queen and like the St. Maarten queen. Next to her picture, is her biography where she stated.” Hailing from the friendly island St.Maarten, also known as sunshine city and the melting pot of the Caribbean is 19-year old Ms. Phausha Winklaar. Ambitious, determined, hardworking and outspoken are words that most describes her character.

At 5″11′ stands a young woman with big dreams, ambitious goals and an unrelenting drive to reach them all. About her future aspiration Phausha says: “My career goal is to become a midwife and then to own my practice. This exciting dream will take me to curacao and the Netherlands to pursue my studies and ultimately return home to contribute to my island. Being a midwife entails me guiding women through maternity, and educating the community in general about prenatal care. Therefore, my platform during my reign as Miss St. Maarten is the empowerment and educational development of our youth”.

When asked about her hobbies she wrote: “Modeling is one of my biggest hobbies, I’ve been doing so as of the age of 14. I also enjoy writing poetry, drawing, spending time with family and tapping into my creativity while experiencing new things.”

About her drive and motivation she said: “My drive and motivation without a doubt stems from my positive upbringing around the many strong women in my life. I am constantly growing each day into the woman I want to be and stay very conscious about the direction and decisions I take in life. In life Im always ready to tackle the low times and celebrate the high times. I am very aware of my responsibility I have as a woman in this world, doing my part because everyone has a duty and purpose to fulfill in life.”