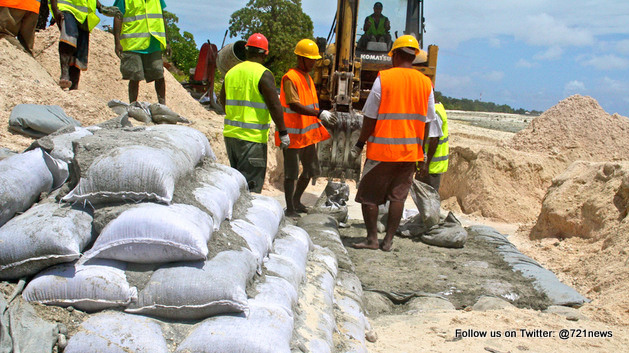 UNITED NATION — Member States must work harder to consolidate safety and health prevention measures in the workplace, the head of the United Nations International Labour Organization (ILO) declared today as he urged the global community to do its utmost in reducing the number of occupational deaths, injuries and diseases around the world.

“Economic recession or pressure to maximize profits cannot justify cutting corners in workplace safety,” ILO Director-General Guy Ryder said in a statement issued today and marking the 2015 edition of the World Day for Safety and Health at Work.

“A long-standing ILO priority, occupational safety and health was recognized as a fundamental human right in the 2008 Seoul Declaration on Safety and Health at Work,” Mr. Ryder continued. “It is time to turn this human right into reality for workers everywhere.”

According to the UN agency, in fact, hazardous conditions remain a daily threat for tens of millions of workers around the world. Over 313 million workers suffer non-fatal occupational injuries each year, equating to 860,000 people injured on the job daily. Meanwhile, every single day, 6,400 people die from an occupational accident or disease, amounting to 2.3 million deaths each year.

The failure to address the problem, Mr. Ryder warned, was also coming at a high economic price.

“Four per cent of global gross domestic product, equivalent to an astounding $2.8 trillion, is drained off annually by costs related to lost working time, interruptions in production, treatment of occupational injuries and diseases, rehabilitation and compensation,” he continued.

The Director-General suggested that developing a cogent national culture of prevention involved a three-pronged strategy: respecting at all levels the right to a safe and healthy working environment; active participation of all stakeholders in securing a safe and healthy working environment through a system of defined rights, responsibilities and duties; and according the highest priority to the principle of prevention.

“Each and every one of us can contribute to the prevention of occupational deaths, injuries and diseases,” Mr. Ryder concluded. “Together we can build a culture of prevention on occupational safety and health.”