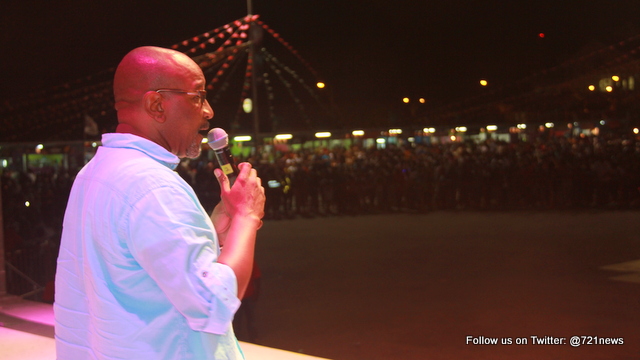 PHILIPSBURG – Minister of Tourism, Economic Affairs, Transport and Telecommunications (Ministry TEATT) Hon. Claret Connor would like to express his gratitude to all who made Carnival 2015 possible.

Carnival 2015 was held under the banner of “Come Experience Life.”

“My gratitude to everybody goes from A to Z, from the organizers, the St. Maarten Carnival Development Foundation, hats off to them and all the volunteers.

Congratulations to all promoters who put on great shows between April 16 and May 5.

“Congratulations to all our local talent, performers, pageant participants, who came out and performed exemplary.  I would like to congratulate all the winners and commend them for a job well done throughout the two weeks of what we consider our home-grown largest cultural event of the year.

“I would like to thank the men and women of our Police Force for a job well done, the personnel from the emergency medical services, public works, and volunteers.  Congratulations to our booth holders for putting on the best cuisine that our country has to offer.

“Final and not least, I would like to thank the revellers and Carnival lovers who came out in the thousands to support our biggest cultural event as well as our visitors who came specifically for Carnival 2015.  Everybody had a great time and enjoyed themselves until the next round in 2016,” Minister of TEATT Hon. Claret Connor said on Wednesday.

Minister Connor would also like to thank all the sponsors who contributed to making Carnival 2015 a huge success.