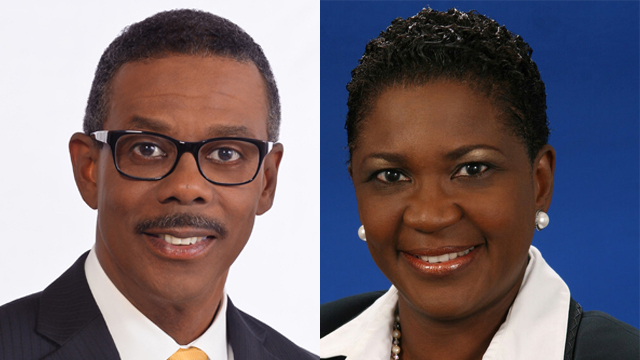 ST. JOHN’S, Antigua, – Joanne Massiah announced Wednesday that she has pulled out of the race for the United Progressive Party (UPP) leadership.

At a press conference this morning, Massiah gave three main reasons for her decision to withdraw from the leadership race. She claimed unfair treatment, conflict of interest and tampering with the delegates’ list.

Her announcement comes a mere 10 days before the party’s biennial convention on May 16 and 17.

It was not immediately clear why Massiah called it quits but UPP leader Baldwin Spencer said her decision was “unfortunate.”

Spencer said the delegates’ conference will go ahead with Elston Adams and Harold Lovell the other two leadership hopefuls.