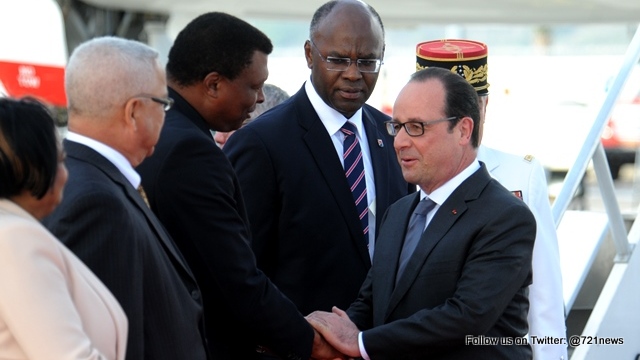 Paris, May 8 (Prensa Latina) French President, Francois Hollande, today begins an international tour that will take him to several territories in the Caribbean region.

Hollande will arrive this Friday in St. Martin and St. Barthelemy and tomorrow will travel to Martinique where he will chair a regional summit on climate change, dedicated to preparing the world event on the subject to be held in Paris in December this year, according to the agenda released.

During his stay in Guadeloupe, 10 May, Hollande will open a center dedicated to the memory of the slave trade.

On 11 May, the French president will pay an official visit to Cuba and 12 in Haiti, the first by a head of state Gallic those two countries, the Elysee Palace said in a statement.

Hollande appointed last January 14 Jean-Pierre Bel, president of the Senate from 2011 to 2014 as personal envoy for Latin America and the Caribbean, a region that wants to make a priority of foreign policy, the Presidency reported.

As part of its mission, Bel ‘It will contribute to promote our economic interests and to encourage the strengthening of our university, scientific and cultural cooperation with countries in the region cooperation”, he said.