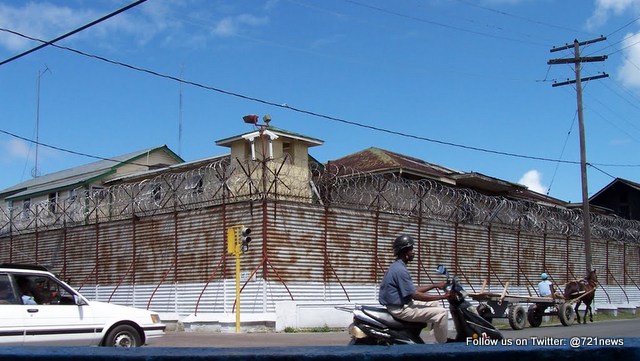 GUYANA — Ravindra Deo, who kidnapped and killed an eight-year-old boy 21 years ago, walked out of the Georgetown Prisons yesterday—courtesy of a presidential pardon by outgoing President Donald Ramotar.

Prison officials confirmed that Deo, 39, had been freed. Ravindra Deo was just 19 when he kidnapped and killed eight-year-old Vishnu Bhim, as the Annandale, East Coast Demerara child was coming home from school. The kidnapper had reportedly demanded a $1M ransom.

Prior to the kidnapping, Deo had allegedly gone to the child’s home and asked the victim’s father, Heerlall Bhim, for a job in the man’s carpentry shop.
Deo was arrested a few days later in America Street, and on December 1, 1994, he led detectives and villagers to La Bonne Intention backdam.

There, police found the eight-year-old boy’s bound gagged and battered body. On December 6, 1994, Ravendra Deo appeared in the Georgetown Magistrates’ Court, to answer a charge of murder.

He was found guilty on December 4, 1995, and Justice Claudette Singh sentenced him to death.

A date was actually set for Deo and two other death row inmates to be hanged, but an ex parte injunction filed by their Attorneys prevented their execution.

Deo’s sentence was subsequently commuted to life imprisonment and he was removed from death row.

Deo had initially claimed that an individual named ‘Kresho’ of Mahaicony, had assisted in the kidnapping. Police searched the Mahaicony area for ‘Kresho’ but never found him.