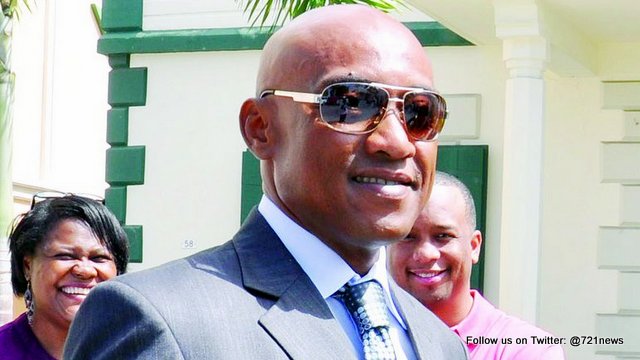 Philipsburg, Sint Maarten -Former Finance Minister Hiro Shigemoto and his co-defendant R. Gibbs will know their fate on May 28th, the date set by the judge for announcing the Verdict in the infamous Piranha case.

It was day two for suspects R.Gibbs and Hiro Shigemoto at the court of First Instance yesterday morning.  The two are accused by the Prosecutors office of fraud, embezzlement, forgery and money-laundering during Shigemoto’s tenture as Head of the finance department and Minister of Finance in 2011.

The Prosecutor considered it proven that the two suspects cooperated in a calculating manner by committing fraud and forgery/embezzlement in this case. Prosecutor Maarten Noordzij said in his closing arguments that Gibbs and Shigemoto are friends and it is clear that fraud took place when they worked together. “Shigemoto is responsible to safe guard the island’s finances; he clearly showed favoritism and paid Gibbs without the proper documentation,” the prosecutor argued.

In defense of the case the last word was given to the two suspects, the former minister of finance told the court: “I don’t see the prosecutor’s office arresting DVD bootleggers or every civil servant that did not go according to the rules but up to now, the prosecution accuses me of wrongdoings”. He went on to state that the trail against him is unfair because the prosecutors have not proven any wrong doings on his part. “I was the director of resources in 2009 and I followed instructions to get the ball rolling, clearly the public prosecutor has no understanding of what it takes to be in the civil service”. Shigemoto says that from the start he did not get a fair trial.

Gibbs in his final statements to the Court talked about putting his best foot forward and answering the call of country when he started to work on the island. He is not a civil servant but worked with government in establishing many of the services they have now. “I work and I am entitled to get paid for my work”. He maintained his innocence during his final words to the judge. He also stated that he did not know Shigemoto prior to their working relationship. The judge said that she will consider all arguments and will make her decision on the case on May 28th.