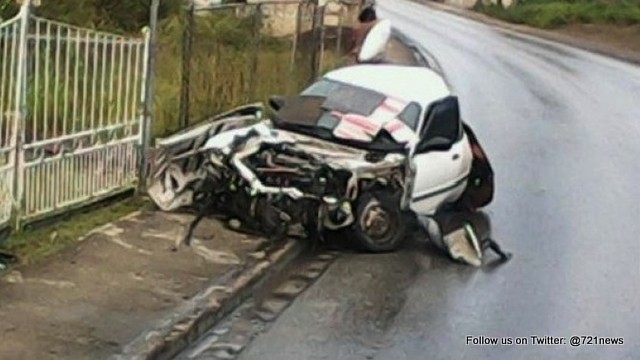 BARBADOS — Two men are lucky to be alive after the car they were travelling in was severely damaged in an accident on Friday (April 10) afternoon.

Otis Bute, 34, of Gemswick, St Philip was taken to the Queen Elizabeth Hospital by ambulance for medical attention after complaining of pains to his right elbow and forehead.

He apparently lost control of his vehicle along Fairview Road, Christ Church around 3:25 p.m. Bute’s passenger, who was not named, sustained injuries to his neck and back.

According to police, the window of a nearby house was also damaged in the accident.