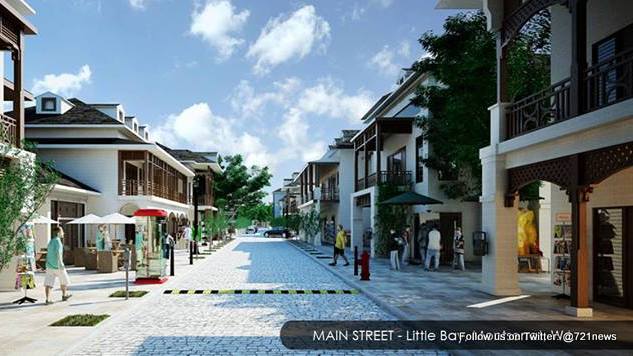 Introduction
1. In January 2015 the Government of Montserrat and the Department for International Development (DfID) commenced a joint review of the Montserrat Development Corporation’s (MDC’s) Governance arrangements and operations, including leadership and management. The review was undertaken by a Task Force established by the Government, which included representation from DfID.

2. The Task Force Review of the Montserrat Development Corporation (MDC) is complete and a final report has been presented to the Government of Montserrat, DFID and the Governor. This report provides an overview of the Task Force’s key findings
Context

3. Prior to taking office, the PDM party had already raised concerns about the performance and governance of MDC. Following their successful election in September 2014, the new Government continued to raise concerns and sought to address it with the removal of the Board. This coincided with an Internal Audit Review by DFID, which also highlighted a number or irregularities. Therefore, the U.K. Government suspended all programmes being undertaken by MDC and froze the budget, save operating expenses for salaries pending a review.
Governance Arrangements.4. The Mandate and functions of the MDC were set out in the initial DFID Project Memorandum dated 11th June 2007 (updated), hereafter called the Memorandum 2007 (updated). That document stated the aim of the project was to: “stimulate Montserrat’s economic growth by creating a more supportive environment for private sector investment and infrastructure development on the island”.

5. The original DFID business case that created the MDC recommended from the outset that the entity be formed as a private limited company, reportedly to give confidence to investors who were wary of dealing with government direct. However, other legal structures, which may have provided stronger governance controls, by ensuring the entity had its own enabling legislation, which would have set out its mandate and powers, were not explored.
The Project Memorandum 2007 (updated) outlined the proposed functions of the MDC and recommended that the Governance arrangements be set out in detail in the Company

6. The Montserrat Development Corporation (MDC) was established as a wholly owned Government Company under the Montserrat Companies Act 2008 (Cap.11.12), registration No 6 of 2007. The By-Laws of the company made no reference, as recommended by the Memorandum 2007 (updated), to the governance arrangements between GoM and the MDC and its officers.

8. MDC continued to receive DFID support following inception. However, there were concerns regarding MDC’s performance and in April 2011 the Government of Montserrat, with support from DFID, commissioned Upper Quartile and GRM International (Upper Quartile) to review the options for establishing a Trade and Investment Promotion Agency (TIPA). Therefore, one of the options to be considered included liquidation of MDC and establishment of a new TIPA.

9. The Montserrat Trade and Development: Final report by Upper Quartile (the Final Report) confirmed that one of the drivers for the consultancy was MDC’s failure to deliver on any of its targets and to meet expectations. Moreover, it was said that there was “a belief that time and resources have been wasted”.

10. The report found that MDC’s mandate was still relevant and found MDC’s failure was due to:
a. “too broad a remit, over ambitious targets and expectations, lack of clarity on how much independence and authority MDC was to be given, poor governance arrangements, a micro-managing Board of Directors and inadequate performance from the original implementing consultants.”

11. However, it was said that the single most important factor for the failure was the “lack of consistency and continuity in executive leadership”.

12. The Final Report raised serious concerns regarding MDC, namely, “MDC’s impact and reputation is so low that extending its life and funding poses a big credibility problem”. Despite these concerns the report concluded that re-launching MDC was the best option, but stated that a number of conditions needed to be fulfilled as a pre-requisite to the re-launch, these included recruiting a CEO and senior employees, re-constituting the Board and improving governance

13. The recommendation to re-launch MDC was made in an Interim Report dated 25th May 2011 and included improvements to Governance measures. However, the Task Force found that improvements in governance arrangements upon the re-launch of MDC following the report were minimal.

14. In early 2012 GoM, with support from DFID, prepared a further business case and intervention summary (intervention summary) to obtain support to strengthen the MDC to attract public and private sector investment in Little Bay/Carr’s Bay. Although 12 months had elapsed since the Upper Quartile review the intervention summary once again highlighted MDC’s failure to deliver. The DFID business case and intervention summary 2012/13 also did not examine the use of alternative legal structures, but it did seek to address the governance issues that persisted. However, despite recruiting a Board that should have had sufficient expertise with respect to governance and public financial management, and a CEO with a strong background and career in banking, the governance issues continued to increase.

16. The integration of the Tourism Board was not a smooth transition into the MDC. The merger came about before the Tourist Board Act was repealed and by order of the Cabinet. There appeared to have been great haste in combining the two organisations, which contributed to a high level of disequilibrium amongst the MTB employees. There were no special preparations made for the transfer and/or formal orientation for either the MDC or the MTB employees. No discussion on the cross cutting issues, the interface between units, mandates, roles, responsibilities or sharing of the operational plans of the units. Moreover, the salaries of the MTB staff are not commensurate with other staff in MDC.

17. The benefits of having the three Divisions (Trade & Investment Promotion, Tourism and Infrastructure) under one umbrella organization (MDC) were clearly evident during this review. There were several projects (Plymouth Tours, Air Studios, Sports Complex, FDI & Little Bay Development) where the multi-disciplined approach, close collaboration and sharing of skill sets augured well for the development of these micro projects. On the macro level of the tourism and trade and investment promotion led development of Little Bay/Carr’s Bay, there is a serious disconnect between the divisions’ operations.

18. It must be said that the majority of employees are enthusiastic and passionate about their work. However, it is arguable whether the organisational structure had the appropriate positions to undertake the broader mandate of the MDC; therefore some employee’s background and experience is less than optimum for the level the position is set at. Therefore, the issue of value for money from the remuneration packages being paid is a point to note; particularly because the DFID Audit Report found that salaries of employees contracted directly though MDC appeared to be higher than in similar organisations within the region

19. As mentioned above, despite being a private Limited company, MDC, being wholly owned by Government, were required to comply with Government financial management and procurement regulations; unless a case for waiver of the same was accepted. There is no evidence that the MDC’s procurement proceedings were approved by the Public Procurement Board. In any event, it is unlikely that such approval would have been given since MDC is fully funded by the consolidated fund as such it is not exempted from the provisions set out in the Public Finance (Management and Accountability) Act.

20. MDC deposited all the funds received from the Government of Montserrat (DFID and EU) into the same bank account with the Bank of Montserrat. Further to this no overdraft facility was established with their bank. There is evidence that funds weren’t used for the purposes intended. Funds received for operating costs from the Department or International Development were used to support a number of infrastructure projects. For example, the ferry terminal, a capital project, was constructed using MDC operational funds.

21. It was also found that there is limited expenditure and purchasing controls within MDC and it is evident that overspend against approved budget lines occurred regularly.

23. The Task Force Review found there were few policies related to financial controls or human resources management in practice within MDC. Some manuals and guidelines were provided to the Task Force but it was reported that these documents had in many cases never been seen or were not in use.
Leadership and Management

24. It was found that the corporate governance style of MDC Boards have generally been reported to be of two categories: micromanagement, or autocratic with heavy political influence. During the period between 2007 and 2012 Board minutes, and other sources, reflect that Boards have been overly involved in the daily affairs of the corporation and of individual employees, even leading to some CEOs expressing frustration in trying to perform their duties without constant Board interference. Best practice dictates that there must be a clear separation between the Chair and the CEO whether in a single individual (Executive Chair) or within the professional relationship between individuals (Chair and CEO should not act as a single individual or one have an unhealthy/unprofessional influence over the other). Neither should there be de facto political control of the organization through the Chair, Board or CEO.

25. From the reports provided it appears that the CEO has a disconnect with the majority of the staff, including his senior leadership team.
Options

Recommendation
The Review Team’s preferred option is:
Option C: Immediate closure, followed by the creation of a new entity with clear separation between the entity and government and temporarily subsume any on-going activities into government or outsource (as necessary).