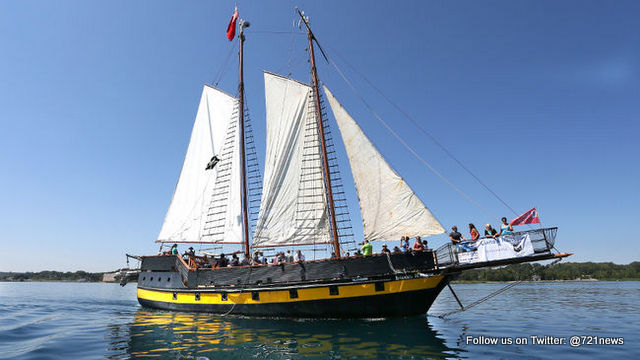 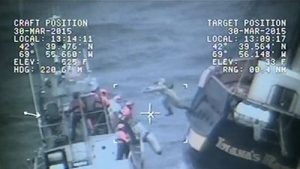 BOSTON (AP) — A disabled Canadian replica pirate ship whose nine crew members were rescued by the Coast Guard has been towed to a southern Maine shipyard.

Two Gloucester, Massachusetts-based Coast Guard motor lifeboats rescued the crew but couldn’t take in the ship because of rough seas.

The crew members had to jump to the lifeboats. Coast Guard video shows one man making the leap as the vessels pitch farther apart.

The Halifax-based schooner’s Facebook page says it had left for St. Maarten on Friday. It says the 85-foot vessel is rigged like those often used by pirates in the 1700s and early 1800s.