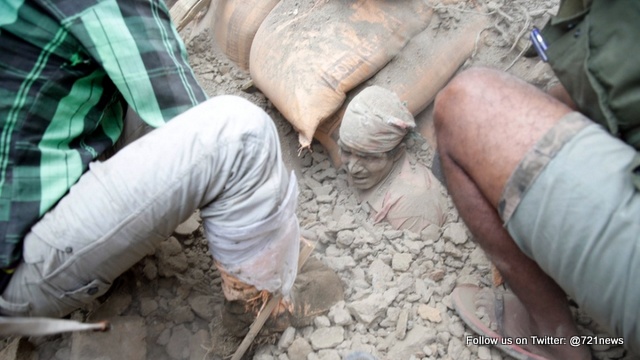 Saint Lucia — The Government of Saint Lucia has received news of a 7.8 magnitude earthquake that has struck Nepal, particularly the city of Kathmandu. It is reported that the earthquake has resulted in the death of several hundred citizens of Nepal. At the time of issuing this release, it is believed that over 1457 are dead. The devastation is reported to be widespread. The death toll is forecasted to increase as rescue efforts get underway.

Information reaching the Prime Minister suggests that the family homes of at least three of the students who are currently in Saint Lucia as a result of the Lambirds Academy case have been destroyed and family members were injured.

Disasters of this magnitude are unpredictable. It is understandable that the students would be deeply distressed and worried by the events at home at this time. The Government extends its deep condolences and profound sadness to the students, their families and indeed, the Government and people of Nepal.

It is sad to note that such a tragedy has occurred at a time when the students in our midst are coping with the difficult circumstances brought about by the Lambirds Academy case. In recent weeks, they have taken to the airwaves to express their sorrow, fears and concerns. The events in Nepal would of course, complicate efforts currently underway to assist the students to be reunited with their families.

The Government will extend whatever support it can to assist and support the students as they seek to cope with the tragedy in their homeland. It is a very difficult time for them.

All Saint Lucians are invited to offer their prayers and support to the students in their hour of need and despair. This a humanitarian crisis that deserves no less of a response.