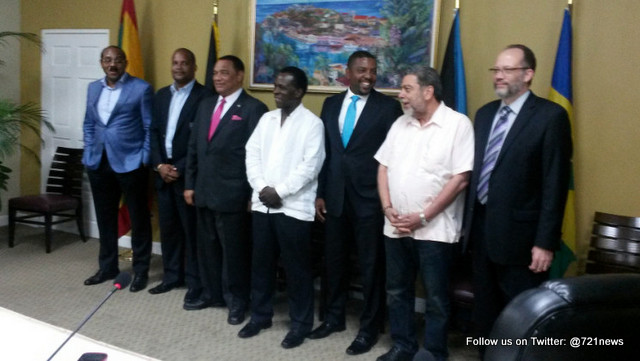 GEORGETOWN, Guyana, April 26 2015 – CARICOM and the West Indies Cricket Board (WICB) have agreed to establish a panel to conduct a review of the governance structure of the Board.

This was the key outcome of a near five-hour long meeting between the CARICOM Cricket Governance Committee and the Directors and Management of the WICB. The Chairman of CARICOM, the Rt. Hon. Perry Christie, Prime Minister of The Bahamas and CARICOM Secretary General, Ambassador Irwin La Rocque, also attended the meeting which took place last Monday, April 20, at the Spice Island Beach Resort.

President of the WICB Mr. Whycliffe “Dave” Cameron led the Board’s team which included the Vice President, Directors, as well as the Chief Executive Officer and Corporate Secretary.

It was agreed that the Prime Minister of Grenada, as Chairman of the Cricket Governance Committee, will consult with the President of the WICB on the composition of the five-member panel.

The CARICOM Secretary General will prepare the Terms of Reference for the work of the panel and submit them to Prime Minister Mitchell who will also consult with the President of the WICB on the matter.

The Cricket Governance Committee and the WICB have also agreed that the panel will submit its recommendations within three months of the commencement of its evaluation. Upon receipt of the report, both sides are intent on collaborating with each other with a view to reversing the current negative trends in the sport and its governance.

The panel will comprise a member of the legal profession, a West Indies cricket legend, someone from academia, a member of the private sector and an individual with intimate knowledge of the work of the WICB.

Both parties expressed satisfaction at the outcome. “I think the meeting was very productive and very positive. We have agreed on a way forward. I think we have a shared vision and all of us want to see West Indies perform at the highest standard. We are committed to making this happen,” said Mr. Cameron.

In brief remarks after the meeting, Prime Minister Mitchell said, “We were able to meet with the Directors of the WICB to express the view of the necessity for change and I think we have reached a conclusion in that respect…which will chart the way forward. We will be working together with the WICB and all concerned to move West Indies cricket forward.”