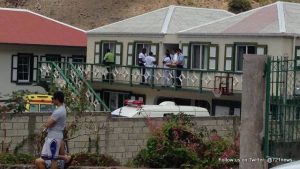 THE BOTTOM, Saba – The investigation with the code-name Hector into the death on April 15th of a young woman found dead in The Bottom, Saba has intensified this week by the Police and the Public Prosecutor’s Office.

The Caribbean Netherland Police Force (KPCN) has meanwhile expanded the team that was busy last week with the investigation into the cause of the death and the circumstances of the death. That team was strengthened with specialists from the Recherché Samenwerking Team (RST). The Public Prosecutor’s Office is also making extra manpower available.

The investigation will be carried out from Saba as well as Bonaire.

The victim is the 24 year old K.L. Guda, of American Nationality.

In the interest of the investigation, at the moment, no further announcements can be made.