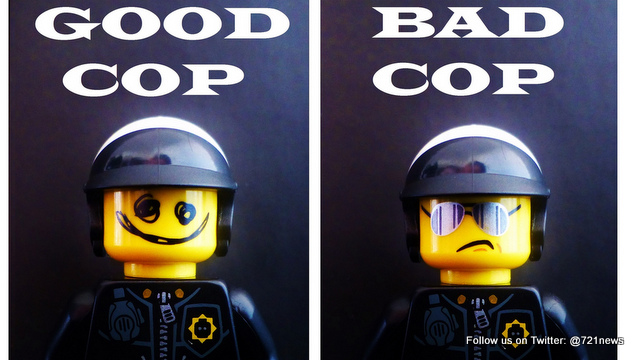 Kemar Beckford, the policeman fatally shot by a colleague during an attempted robbery in Hanover yesterday.

“You cannot be a police and a thief at the same time, that can’t work,” were the words of a young man who was part of the crowd trying to sneak a peek at the body of Kemar Beckford, a policeman who was stationed in Bethel Town, Westmoreland.

Beckford was fatally shot by a fellow member of the police force during an attempted robbery in Hopewell, Hanover, early yesterday morning.

As more persons viewed Beckford’s body, it quickly became obvious that he could have been operating on the dark side for quite some time, as several persons identified him as the person who had robbed them in recent incidents in the western parish.

“Two weeks ago, he robbed me as I stopped my car to let off a young lady in Sandy Bay (also in Hanover),” said a policeman, who asked not to be identified.

“As I stop the car, I just feel the gun in the back of my head and him said, ‘p… give me everything you have’,” the cop told The Sunday Gleaner.

According to the policeman, he had a good look at his now-deceased colleague’s face and recognised him but was not able to place him at the time of the robbery.

However, as he looked at Beckford’s body yesterday morning, he recalled that they used to reside in the same Hanover community at one time.

“I used to see him around, but he wasn’t a person I talked to,” said the policeman. “It is him same one … and a number of victims of recent robberies have positively identified him since morning,” added the cop.

According to reports, shortly after 1 a.m. yesterday, Beckford, who was wearing a mask, entered a bar in Hopewell with a gun in his hand, and began robbing patrons.

He was challenged by an off-duty policeman, who was a patron in the bar, and a shoot-out ensued.

“If (the name of the cop who challenged his rogue colleague) was never really brave it could have been a case of mass murder inside the bar because, once the shooting started, it was like going through a minefield,” a patron, who escaped unharmed, told The Sunday Gleaner.

“I believe the cop who challenged his rogue colleague should get a medal for bravery because he stood his ground and did what he had to do.”

As news of the shooting spread, a large crowd, including a number of persons said to be friends of the deceased cop, blocked the main road in front of the bar as they desperately tried to get a look at the body.

“This must be a lesson to all those policemen who are involved in crime,” said one onlooker, as the scream of woman, said to be a relative of the dead policeman, pierced the air.

The off-duty policeman and a female patron were shot and injured during the incident.