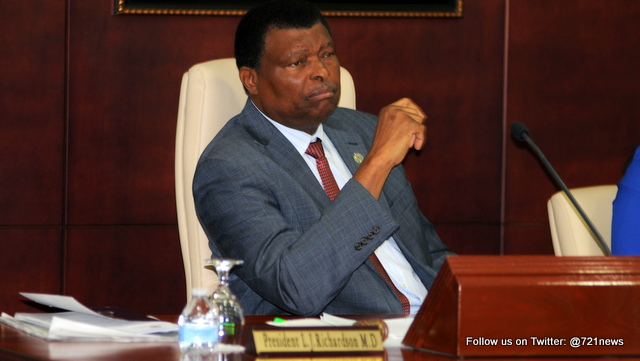 PHILIPSBURG, Sint Maarten – The Central Committee of Parliament will meet in public session on April 8. The Minister of General Affairs Hon. Marcel Gumbs will be present for the House session.

The public Central Committee meeting is set for Wednesday at 3.00pm in the General Assembly Chamber of the House at Wilhelmina Straat #1 in Philipsburg.

The three point agenda is:

1. The draft National Ordinance for the establishment of a Integrity Chamber

2. Approval of the travel schedule for the year 2015 in connection with Committee and Board of Directors meetings of the Latin American Parliament (Parlatino)

3. Approval of the composition of the delegation and provisions for General Assembly of Parlatino fromMay 15-16.