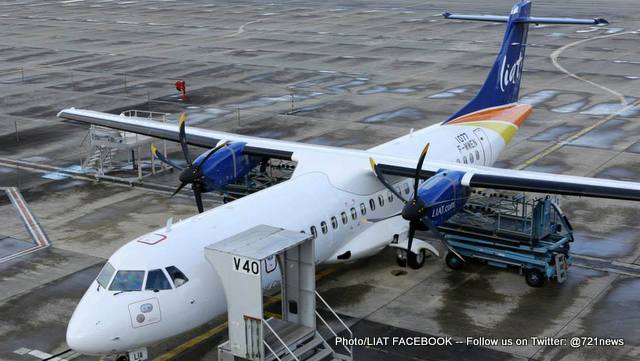 Dominica — Prime Minister Roosevelt Skerrit has called on Caribbean governments to come on board and contribute to the financing of cash-strapped regional airline, LIAT.

He said on Talking Point on DBS Radio on Wednesday that LIAT has contributed significantly to countries in the region.

“I think first of all, all governments needs to come onboard and play their part in respect to the financing of LIAT,” he said. “There is no country in the world which does not provide support to a national carrier. Air Bahamas, Cayman Airways, Caribbean Airlines, Air Jamaica in its time, there is a new airline in Jamaica, American Airline have gone to bankruptcy a million times, they will go again very soon, Air France, British Airways, all of these airlines from one time or the other have received some kind of support from their respective governments…”

According to him, although it is important for all the Caribbean governments to work together when it comes to LIAT, the airline itself must make some difficult decisions.

“It is important for all of us to work together, but there are some hard and difficult decisions which LIAT must take,” he stated. “We need all hands on deck to first of all identify the issues and secondly critically, importantly, to agree on the actions which must be taken to resolve those issues to the benefit of traveling public and very critically for the protection of our economies.”

He said Dominica invested in LIAT to protect investments made in the country.

“We invested in LIAT to protect the investments which our citizens and foreign investors have made in this country because if LIAT is not available to come to Dominica for one day, far more for a week, we can understand the devastation it would have on the economy of Dominica,” he stated.

The Prime Minister also argued that LIAT should be seen as a very important aspect of regional integration.

“You know we can all sit at our homes and offices and criticize LIAT, but LIAT has been providing an important service,” he stated.

He went on to say that LIAT must improve its customer relations.

“They have to treat customers with greater respect and appreciation because they are not doing the customer a favour, because the consumer pays for his service and therefore anyone who is offering a service and anyone who is buying a service, there must be this respect,” he said “So LIAT has to improve its corporate image it has to improve its customer relations image.”

The shareholder governments of LIAT are Dominica, Antigua and Barbuda, Barbados and St Vincent and the Grenadines.