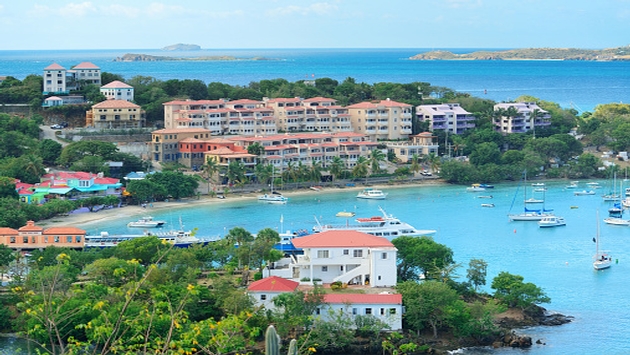 After a family was poisoned by pesticides at the U.S. Virgin Islands resort of Sirenusa in late March, government officials are looking for other vacationers the the Caribbean islands who may have been exposed to the same substance, CNN reported.

Authorities revealed to CNN that there is evidence the toxic methyl bromide pesticide was used improperly more than once across the islands. Dawn Henry, commissioner designee of the local Department of Planning and Natural Resources, an agency investigating the poisonings, said the agency found that particular pesticide was likely used last fall at Sirenusa, at a vacation villa in St. Croix and in two nontourist locations.

Methyl bromide is not intended for indoor use, and is only supposed to be used in an agricultural capacity.

Ken Mapp, the governor of the Virgin Islands, whose own condo was fumigated in 2013 with methyl bromide, has strong words for the pest control companies. “What these companies did or appear to have been doing is clearly a violation of the law and they’ll be held accountable for it.”

In a statement, Terminix, one of the pest control companies under investigation, said it is “committed to performing all work … in a manner that is safe for our customers, employees, the public and the environment” and is “looking into this matter internally, and cooperating with authorities.”

Henry said all known canisters of methyl bromide have been confiscated and will be destroyed as soon as possible.

Mapp put the blame squarely on the pesticide companies, and told CNN, “It occurred because someone was cutting corners, thought they could enhance their profit margin and thought they could get away with it, and apparently in my own residence someone had been getting away with it for quite some time,” Mapp said. “If they purchased it and on these forms they said their use was for agriculture purposes, which is the only legal way they could use it, and then brought them into the territory and used them in commercial and residential buildings, that’s a clear and malice violation of the law,” Mapp said.

Regarding the health of the family that was poisoned, mom Theresa Devine is undergoing occupational therapy, father Steve Esmond has regained consciousness and is slowly improving, but the two teen boys are still in comas.