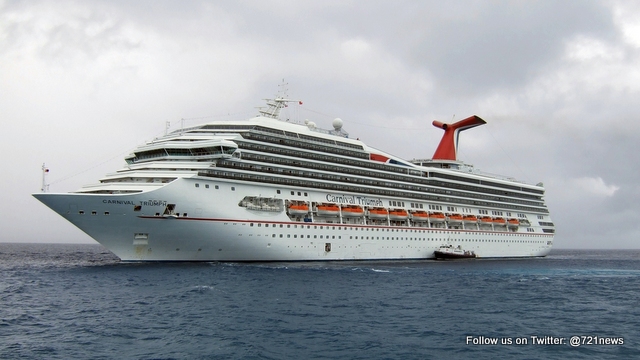 Carnival Cruise Line’s Carnival Triumph got the top score after an inspection at its homeport in Galveston, the company announced. SeaDream Yacht Club’s SeaDream I also earned a 100 mark in late March, according to the Vessel Sanitation Program (VSP) operated by the Centers for Disease Control and Prevention.

The VSP inspections were introduced in the early 1970s and are required for all passenger ships that call at a U.S. port. The inspections are unannounced and are carried out twice a year for every cruise ship.

The score, on a scale from one to 100, is assigned on the basis of a 44-item checklist involving hygiene and sanitation of food (from storage to preparation), overall galley cleanliness, water, shipboard personnel and the ship as a whole.

The SeaDream I accommodates up to 112 guests on upscale casual cruises in the Caribbean and Mediterranean.