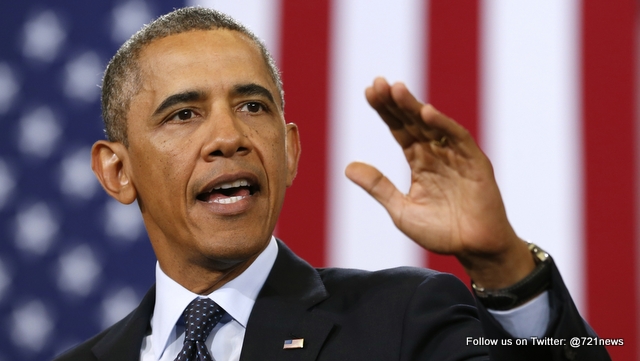 WASHINGTON, United States (AFP) – Barack Obama will become the first US president to set foot on Jamaican soil in more than three decades Wednesday, as the United States bids to check Venezuelan influence in the Caribbean.

Obama will arrive in Kingston for a meeting with the 15-member CARICOM Caribbean bloc, the first time a sitting US president visits the island since Ronald Reagan in 1982.

Obama will be keen to offer an alternative to cheap Venezuelan oil, which has enticed many of the region’s struggling economies, but looks set to end.

Obama will have to woo countries that while geographically close to the United States, sometimes feel politically distant.

“We absolutely feel that the CARICOM region does deserve greater attention and engagement from the United States,” said senior Obama advisor Ben Rhodes on the eve of the visit.

He pointed to a recent energy initiative led by Vice President Joe Biden.

“We are looking to continually deepen our relationship with the Caribbean and can play an important role in enhancing the energy security of the region,” said Rhodes.

The United States had “significant” energy resources and infrastructure, he added.

If the US has not always made its presence fully felt in the Caribbean, that vacuum was filled by Petrocaribe, an initiative by Caracas’ state-owned PDVSA — Petroleos de Venezuela.

The program offered Caribbean and some Central American nations the opportunity to defer payment for oil under low interest rates.

But as Venezuela’s own economy has faltered as oil prices slid, Caribbean states have faced stricter terms and shorter supplies, leaving them vulnerable.

Venezuela “has been reducing its subsidized oil exports to Petrocaribe and the smaller states that receive those subsidies including Cuba,” said Ted Piccone, a former advisor in Bill Clinton’s White House.

Piccone, now of the Brookings Institution, said the cuts to Petrocaribe are estimated to be anywhere between ten and thirty percent of supply.

“The goal of the United states now is to try to break up Petrocaribe and offer in particular the Caribbean states that are so vulnerable and so dependent on energy imports some extra special attention.”

Obama will arrive to Jamaica late on Wednesday. Before the CARICOM meeting on Thursday he will hold talks with Jamaican Prime Minister Portia Simpson-Miller.

Her government has been forced to adopt tough austerity measures in order to correct a fiscal crisis and meet the demands of IMF creditors.

With domestic pressure building, the White House is lending its “strong support for Jamaica’s work to deal with a debt crisis” said another senior Obama advisor, Ricardo Zuniga.

Critics say Jamaica has been forced to adopt what the US-based Center for Economic and Policy Research called “the most austere budget in the world.”

“Jamaica actually has a lower per capita GDP in 2015 than when Obama was elected more than six years ago,” the economic think tank said, urging less strident cuts.

Before departing for a Summit of the Americas in Panama late Thursday Obama will take part in a “town hall” meeting with young leaders in Jamaica and participate in a wreath-laying ceremony.