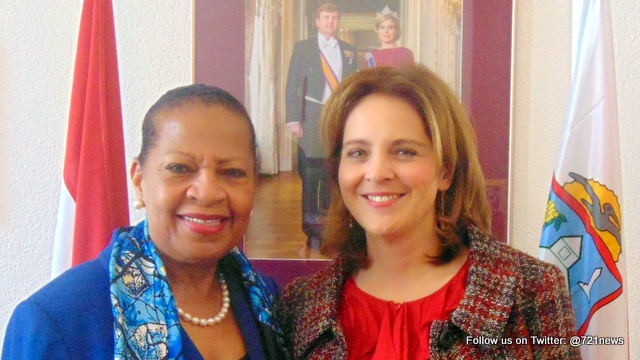 Ambassador Dr. Tahzib-Lie is heading a campaign for the elections of the United Nations (UN) Security Council seat for the period 2017-2018.  It was 20-years ago that the Kingdom of the Netherlands was a member of the Security Council.

The UN Security Council has primary responsibility for the maintenance of international peace and security.  It has 15 Members, and each member has one vote.  Under the Charter, all Member States are obligated to comply with Council decisions.

The Security Council takes the lead in determining the existence of a threat to the peace or act of aggression.  It calls upon the parties to a dispute to settle it by peaceful means and recommends methods of adjustment or terms of settlement.

In some cases, the Security Council can resort to imposing sanctions or even authorize the use of force to maintain or restore international peace and security.

“A Security Council seat would give the Kingdom the opportunity to carry out action and make decisions at the highest international level.  This possibility comes along once every 15 to 20 years.

“A seat at the UN Security Council reinforces the Kingdom’s international position, which coincides with our international input, ambitions and position in The Hague as the judicial capital of the world where the International Court of Justice is located.

“As a Member of the Security Council, the Kingdom along with the other Members decides and also mandates peace missions for the protection of civilians in conflict.  This is very important for the Kingdom based on the contribution of almost 650 Dutch police and military exports currently in UN peacekeeping missions in Mali and South Sudan.

“One of the main international topics has been foreign terrorist fighters, and at the Security Council level, decisions taken protect international peace and security,” Minister Plenipotentiary Hon. Josianne Fleming-Artsen said on Friday.

Out of the 15 Members, five permanent members have veto power and ten-non-permanent members, are elected by the General Assembly for a two-year term.  Meetings are called at any given time when the need arises.

Ambassador Tahzibe-Lie will be accompanying Dutch Minister of Foreign Affairs Hon. Bert Koenders to Sint Maarten in early May.