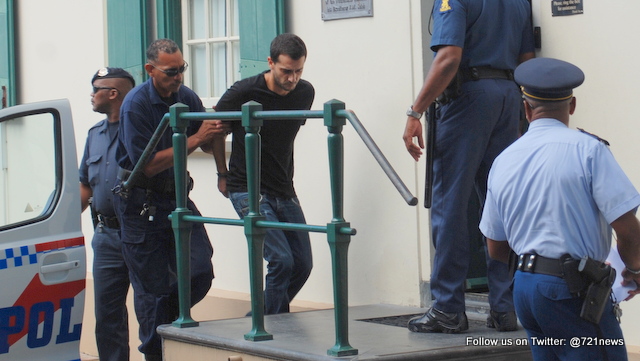 PHILIPSBURG, Sint Maarten –– The Detention of Kevyn Cohen involved in the Hit and run accident last week was extended again for another eight days.

The suspect appeared in front of the Judge of Instruction on Friday (April 24, 20115) morning. Prosecutor Karola van Nie told 721news room that the prosecutor office is pursuing the case and wants to keep the suspect in custody.
Cor Merx attorney of the accused requested a conditional dismissal during the hearing. The judge of instruction is set to make a decision on Tuesday morning.
See related story click ..HERE