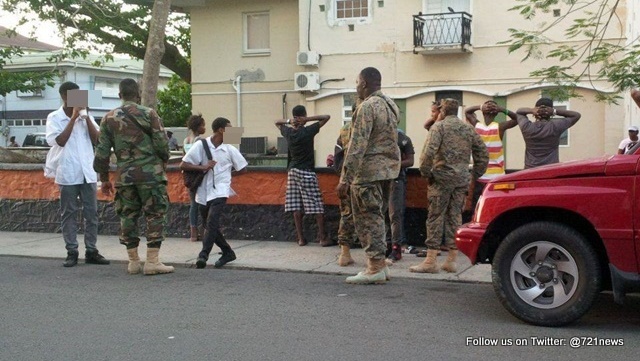 Members of the the Special Services Unit (SSU) conducted a search of a gang of young people who were loitering and using obscene languages on Micoud Street, opposite the Cathedral, on Friday. The police acted after some members of the gang shouted “F&@^# the police” as the SSU van passed by. Among the group of males were four students in school uniform and a young girl. The search was conducted at about 6 p.m. It is not yet clear if the young men were eventually charged.