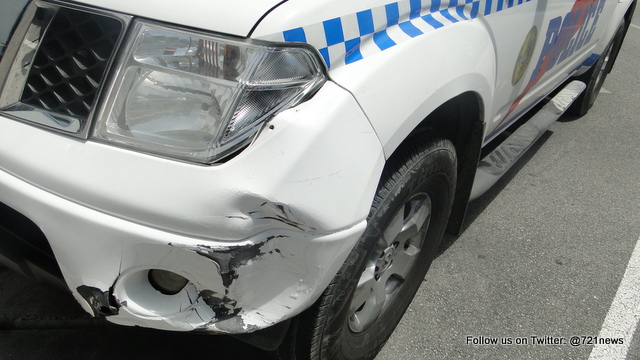 PHILIPSBURG, Sint Maarten — Police are presently investigating 3 armed robberies which took place on Saturday April 18th 2015. The first robbery took place at approximately 08.00 p.m. at “Yen Yen” Supermarket in Sucker garden, when three armed men dressed completely in black stormed into the supermarket and robbed the establishment of an undisclosed amount of cash. After committing this act the robbers took-off running in the direction of Hope Estate.

The second robbery took place at Golden City Supermarket in Cole Bay at approximately 09.20 p.m. where according to reports two armed men dressed completely in black stormed into establishment. One robber had a handgun and the other a machete. After stealing all the money from the cash register the robbers took running and fled behind the supermarket.

The third robbery took place at Trey Wha Restaurant in Cole Bay at approximately 10.20 p.m. where according to reports four men dressed in dark (black) clothing armed with knives and guns stormed into the establishment. They threatened the clients that were present and forced the manager to open the cash register. After taking the money from the register they took off running and jumped into a black Suzuki Ignis with license plate P-6042 and drove into the direction of the Kruythoff round-about. This information was immediately given to the 911 call taker who immediately informed the patrols on the streets.

A police patrol located the suspect vehicle in which was driving on the Link One road in the direction of Philipsburg. The patrol chased the vehicle down and forced the driver to stop at the entrance of Fort Willem in the vicinity of Great Bay Hotel. The driver refused to stop the vehicle and in his attempt to get away slammed into the police vehicle causing quite some damage to the left fender and bumper. (See pic of damage police vehicle).

All five male occupants of the suspect vehicle ages 12, 14, 15, 18 and 25 years old were arrested on the spot suspected of armed robbery and taken to the Philipsburg Police Station where they remain in custody pending further investigation. During the search of the vehicle a revolver was found. The firearm and the suspect vehicle were both confiscated for further investigation. One of the suspects is employed with a well-known security company on the island. At present it is too early in the investigation to determine if these suspects are responsible for all three robberies.