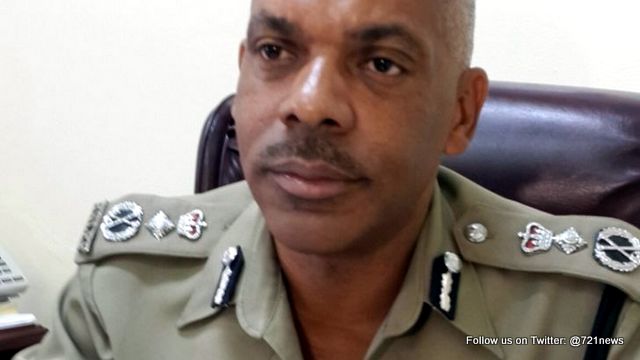 Saint Lucia – On Sunday, March 22, 2015 about 2:00 a.m. officers attached to the Soufriere Police station responded to a report of gunshots and throwing of missiles in “the gulf”, an alleged gang area on Bridge Street, Soufriere.

During the police response, police vehicle registration number SLG 2064 received damage from a stone, as individuals fled the scene. This incident arose from an apparent dispute between rival gangs in Soufriere.

On Tuesday, March 24, 2015 about 2:30 p.m. a massive police operation was immediately conducted under the command of Officer in Charge of the Southern Division, Superintendent Augustin Sampson. The operation included officers attached to the southern departments of the Special Services Unit, Criminal Investigations Department, Marine Unit and officers attached to the Choiseul, Soufriere and Vieux Fort police stations.

As a result of the operation, one 9 mm pistol with two rounds of ammunition, one black and orange flare gun with a spent shell and two homemade shotguns were recovered.

Three individuals are at present in police custody assisting the police with ongoing investigations. According to Mr. Sampson, there will be no abating of efforts on part of the Southern Police to crack down on gang related activity.