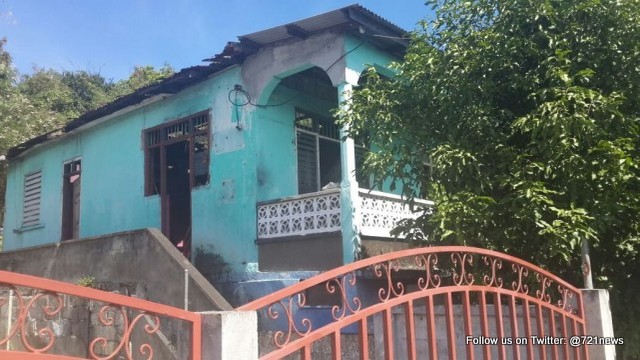 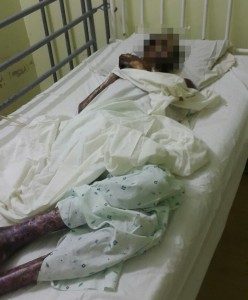 DOMINICA – One person is in custody as police intensify investigations into the death of a man who was set ablaze in February.

Police PRO, ASP Claude Weekes said the person is assisting in the investigations but no charges have been laid.

He stated that the “high level investigation” is being led by an “award winning Assistant Superintendent.”

“We believe that with the evidence that we are gathering and as we continue to solicit the cooperation of the public that perhaps we can bring some closure to this,” he noted.

Davidson Daisy, 46, formerly of Silver Lake, was set ablaze on February 7 while he slept on a mattress in a run-down building next to the Seventh Day Adventist Church in Pottersville.

The incident took place at 9:00 am in full view of several eyewitnesses.

Daisy, also known as ‘Baby,’ taken to the Princess Margaret Hospital with severe burns all over his body and he died on Sunday, March 22.

DNO was informed that the matter has to do with a $30 drug transaction went sour.

Weekes is appealing to the public for assistance in the matter.

“I am sure somebody or a group of persons, someone may have seen something, they have heard something and as we said it is not because it is a paro, indigent, unfortunate, marginalized in the society, we must keep our mouths shut,” he stated. “We have the responsibility as police and as public to ensure that each and everyone of us is protected…”

DOMINICA – Police Spokesman ASP Claude Weekes has confirmed that law men are conducting an investigation into the death of a man who was set ablaze in February.

The man has been identified as Davidson Daisy.

He died at the Princess Margaret Hospital on Sunday, March 22.

The incident took place on February 7.

It is reported that Daisy was doused with a flammable liquid and set on fire while he slept on a mattress in a run-down building next to the Seventh Day Adventist Church in Pottersville.

The incident had links with a $30 drug deal that went bad, according to information received by DNO.

The incident took place in full view of several eye witnesses in a house that is a haven for many homeless people.

Daisy was first a patient at the Intensive Care Unit of the hospital and subsequently at the Alford Ward.

The brutality of the incident has shocked many Dominicans and there have been calls for swifter action by the police in investigating the matter.