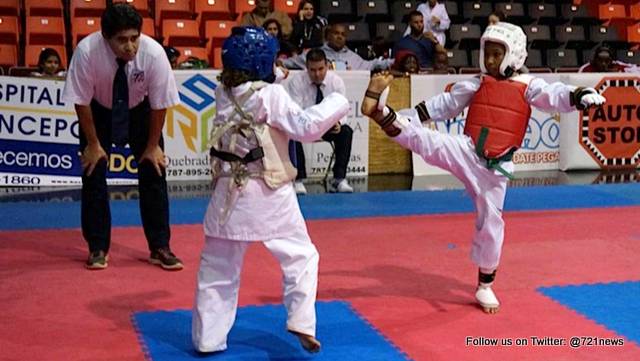 Under the guidance of Grand master Theo Liu the team ranging in age from six to 17 won 14 gold medals and nine silver.

“This was a great result for us,” beamed Master Liu. “I always want to give all the children the chance to experience international competition. This time we carried a young team. We had three six year olds and even had three “special” athletes.”

Kharmian Boasman and Yaniek Patrick both won two golds and picked up a second silver medal in sparring.

Tyrone Washington and Emilius Rey each won a gold medal in sparring.

Traveling with the team and Master Liu were Paulien Vuijst as therapist and team coordinator and coaches Leoudson Gijsbertha and Rodney Washington.