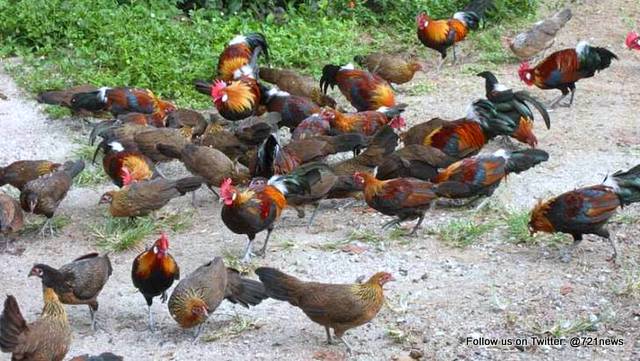 SAINT LUCIA — The President of the National Consumers Association, Kingsley St Hill, has accused importers on the Island of dumping local chicken.

“What I have seen happening is that some importers actually buy the local chicken and dump it so that they can now buy cheaper imported stuff to bring down here,” St Hill claimed in an interview with the Times.

The NCA President said importers on the Island buy local chicken at a higher price than it costs to import from overseas, and sell it quickly at a lower price, to fulfill the government mandated requirement that a designated percentage of all poultry purchases must be from local sources.

St Hill however asserted that local chicken is better and healthier.

He spoke against the backdrop of a shortage of local chicken which has been blamed in part on a sudden spike in demand, linked to an increase in visitor arrivals and a resulting surge in orders from restaurants and hotels.

The government this week announced that it that it had joined some other Caribbean states in banning poultry products from certain parts of the United States that had experienced an outbreak of avian flu.

Local importers have pointed to the current shortage to argue that a request by Saint Lucian supplies for an increase in their market quota locally is not justified, as the suppliers are unable to keep pace with the demand.

The suppliers on the other hand have said that the current shortage is temporary, bearing in mind that a few months ago they were forced to keep huge quantities of chicken on ice due to a market glut.