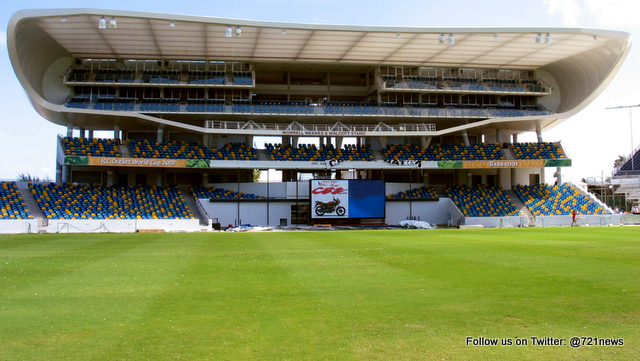 BRIDGETOWN, BARBADOS. – Barbados has won the bid to host the 2017 Golden Oldies World Cricket Festival, an international tournament for semi-professional and retired players.

Local cricketing legends, the Right Excellent Sir Garfield Sobers and Joel Garner, have joined a delegation led by Alvin Jemmott, chairman of the Barbados Tourism Marketing Inc. (BTMI), to promote the tournament in Cape Town, South Africa at this year’s edition of the festival.

According to the BTMI chairman, the response to the Barbados delegation has been very positive thus far as they work toward attracting approximately 600 visitors to Barbados for May 6 – 13, 2017 edition of the festival.

“What is particularly interesting about having the 2017 Golden Oldies Cricket Festival is that it takes place during the month of May, which allows us to increase arrivals during a traditionally slower month.  No less that five hotels are expected to benefit from this event. In addition our support services – restaurants, attractions, car rentals, nightlife facilities, etc. – are expected to gain additional business as the games are structured as a festival allowing participants to adequately enjoy the host country.

“One of the good elements of trying to generate interest in this particular festival is the level of respect that vintage players here in South Africa have for Sir Garfield Sobers and Joel Garner, both of whom are here as part of the official delegation.  Another very positive sign is the willingness of the organizers to use local ground operators to handle the logistics of the festival, allowing us to keep additional foreign exchange in Barbados after putting together the 2017 event.”

“Tonight is the final event on our itinerary and again we will make our final push to leave a lasting impression during the awards ceremony as Sir Garfield Sobers makes his presentation to the entire group of participants, followed by the performance by calypsonian, Red Plastic Bag.”

The biannual festival is the brainchild of cricket enthusiast, Peter McDermott, and has previously been held in destinations such as Adelaide, Birmingham, Brisbane, Auckland and Sydney to mention a few.

The Golden Oldies Festival is not limited to cricket but also has editions catering to those who play rugby, golf, hockey and netball.  The BTMI is exploring the opportunities of hosting these editions of the festival as well during their trip to Cape Town.