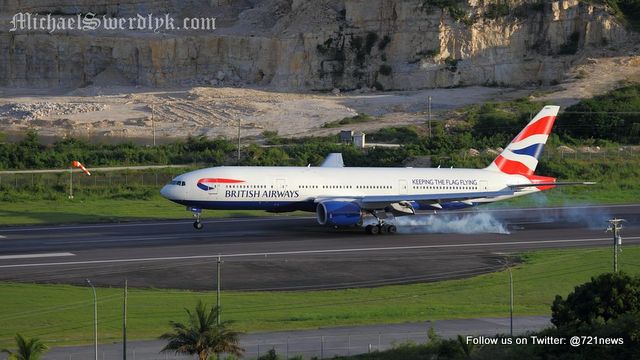 (St. John’s, Antigua) – V.C Bird International Airport will serve as an important hub for UK based carrier British Airways, as the airline,on Sunday, launched their inaugural flight service from Antigua to the Turks and Caicos Islands.

The route is historic, as it will be the first, direct flight connection between the Eastern Caribbean and the Turks and Caicos Islands.

Minister of Tourism, The Hon. Asot Michael, at a reception to launch the service, said to a gathering of Tourism officials from the Turks and Caicos Islands and Antigua and Barbuda:

“The rise in popularity of Antigua and Barbuda and Turks & Caicos is demonstrated by British Airways agreeing to add a direct link between our two destinations.”

He also said, “This added service means new opportunities, and choices available to us for increased business activities and closer collaboration. The end result will be greater economic growth while, simultaneously building the spirit of regional integration between our two countries.”

The weekly flight from Gatwick, to Antigua on a Boeing 777 then onwards to Providenciales, will operate every Sunday from March 29.

Minister Michael said, the new route allows for visa free travel  and will encourage more business and leisure travellers  to island hop, from Antigua to Turks and Caicos and vice versa.

Welcoming the airline, as they prepared to board the inaugural flight were:  The Hon. Porsha Stubbs-Smith, Minister of Tourism Turks & Caicos, Dr. Kingsley Been, Chairman of Turks & Caicos Tourism Board, Ralph Higgs, Director of Tourism, Turks & Caicos and Mrs. Lavern Skippings-Reynolds, Airport Manager, Providenciales International Airport.

An invitation was extended to the Government and The People of the Turks and Caicos to travel to Antigua for the country’s Summer Carnival: July 25 – August 4 2015.

With a new terminal to be opened in June, Antigua’s V.C. Bird International’s airport expansion, will increase capacity, allowing the destination to develop new routes.  The terminal, which will be the most modern in the Eastern Caribbean will feature the latest technology, first class duty free shopping and VIP lounges, creating a more efficient and enhanced passenger experience.