Home Region & Caribbean English News Construction airport boulevard starts in October
Share on Facebook
Tweet on Twitter
Oranjestad, St Eustatius — The first step has been taken towards the construction of the new airport boulevard, also known as the Max T. Pandt Boulevard, work on which is scheduled to begin in September this year. The Public Entity St. Eustatius signed the contract with Statia Constructions on Wednesday 3 August for the first phase of the project, which is scheduled to take approximately 13 months.
Phase 1 includes the reconstruction of the roads, construction of a roundabout, parking areas and a passenger drop-off point, called the “kiss and go” area. This phase will cover the St Eustatius ‘Culture plain’, which has a significant cultural heritage value and is susceptible to development and archeological research. In the past the remains of Amerindian settlements, artifacts, burials, slave masters’ quarters, enslaved people quarters and water wells were found in this area. Last year the burial ground for enslaved people, GR2021, was discovered.
The airport boulevard project is part of the “Showcase Infrastructure St. Eustatius”. These are infrastructure projects financed by the Ministry of Infrastructure and Water Management (I&W) in the Netherlands. . It’s being undertaken as a collaborative effort between the Directorate of Economy, Nature and Infrastructure (ENI) and the Programme Projects Office of the Public Entity St. Eustatius.
Photos: A 3D visualization of the layout of phase 1 of the airport boulevard.
The recommendation for archeological research from SECAR. This includes colour codes that are related to SECAR’s recommendations for archeological research. The blue colour code represents archeological monitoring during the execution of the project. The red colour code represents the burial ground GR2021 behind the airport perimeter fencing; this might be protruding under the existing road. The yellow colour code represents archeological investigation of cultural heritage. 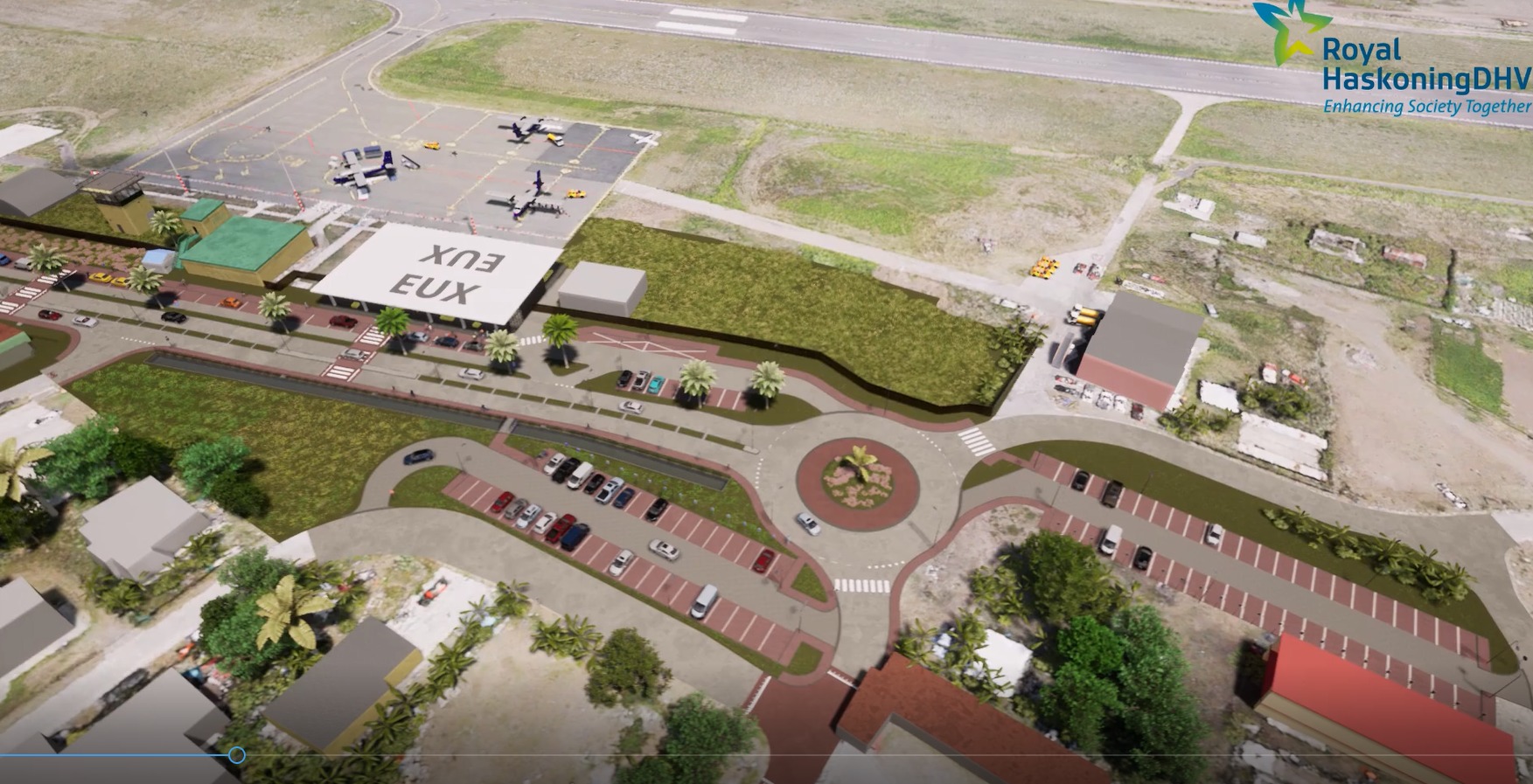