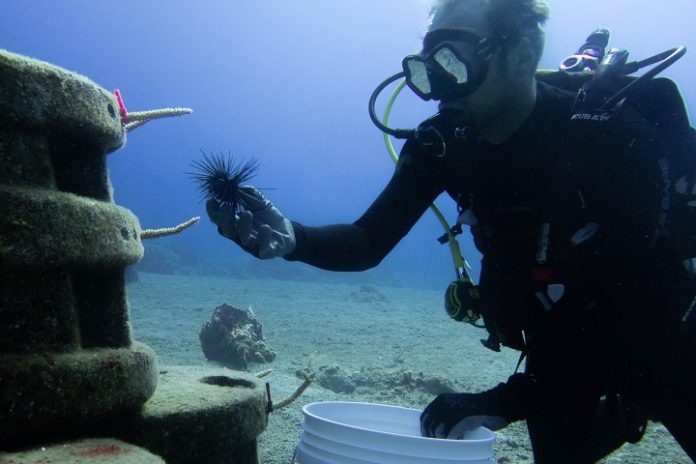 SABA — A one-minute educational commercial about the Sea & Learn program and Saba as an environmental learning destination is featuring during primetime hours on US national TV throughout July. Taking place during all of October, the annual event features an impressive line-up of hands-on activities, lectures and discussions all designed to spotlight the island’s natural beauty as well as learn what is being done to protect it.

The commercial, produced by Viewpoint, first aired on Fox Business Network primetime TV on July 14. The commercial will also be aired during primetime hours (6:00pm-11:45pm) on CNN, MSNBC, CNBC, Discovery Life and CNN Headline News during the entire month of July 2022.

Aside from the commercial, Viewpoint produced a short-form documentary, hosted by Dennis Quaid, that will be aired on US Public Television affiliates in the week of July 25, as well as a 6-minute documentary that the Saba Tourist Bureau can use for promotional purposes.
Viewpoint produces educational content for Public Television in all 50 states. As part of cross promoting the Viewpoint series, educational commercial segments air on major networks like CNBC, CNN, Learning Channel and Discovery Channel.

Natural beauty
The shooting of the footage took place in October 2021 during the Sea & Learn program. Saba was selected for its environmental awareness standpoint and natural beauty, being located in the “quiet Caribbean.” According to the Saba Tourism Bureau, the production highlights Saba’s unique ecosystem, vibrant biodiversity, together with the hands-on field exploration and education activities.

Hands-on activities
Throughout October last year, the Sea & Learn program featured hands-on activities, presentations and lectures by different scientists. Participants could go on a night hike to discover insects and other animals with arachnologist Lauren Esposito of the California Academy of Sciences, take part in a field project to restore the long-spined sea urchin population with marine biologist Alwin Hylkema of the University of Applied Sciences Van Hall Larenstein in the Netherlands or join seismologist Reinoud Sleeman and volcanologist Elske de Zeeuw van Dalfsen of the Royal Netherlands Institute for Meteorology KNMI on a hike to one of their monitoring locations.

Other hands-on activities included building an underwater robot with marine scientist Erica Moulton and joining Kim Bassos Hull of Mote Marine Laboratory & Aquarium for a dive to see which species of sharks and rays appeared on a baited remote underwater video (BRUV).

Edu-tainment
Sea & Learn on Saba, a grassroots education project that promotes hands-on learning via “edu-tainment” (education/entertainment), has been in existence for 19 years. It aims to make science fun by bringing the classroom to the sea or rainforest while providing new horizons and role models for Saba’s youth and brining locals, tourists, adults and children together.

All Sea & Learn activities are free and open to the public. The program is sponsored by the Public Entity Saba, local and regional businesses, stakeholders and receives financial support from the Prins Bernhard Cultuurfonds Caribisch Gebied. In October 2022, a new edition of Sea & Learn takes place. The program is being finalized and more information can be found on seaandlearn.org.