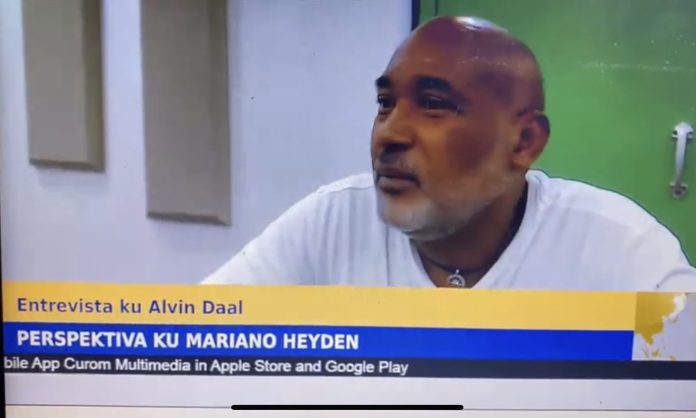 PHILIPSBURG, Sint Maarten — It started with a big welcome at the airport and expressions of extremely elated feelings by the Minister of Justice Ana Richardson accompanied by her Interim Secretary General with the arrival of Mr. Alvin Daal on Monday, August 23rd, 2021, who according to the Minister of Justice would be charged with the position of Change Manager to reorganize the departments of the justice chain.

Upon our investigation on who “the king” is and we receive the history of “the king” who in no way is the greatest as the Minister want to portray to the people of Sint Maarten. The Minister of Justice is a young woman and seemingly, with little experience and in particular government. There is no need to re-invent the wheel. We can and just have to learn from the other Dutch Caribbean countries.

In an interview that “King” Daal had on a radio station in Curaçao on December 21, 2021 in the program PERSPEKTIVA with presenter Mariano Heyden, Daal is portraying himself as Sint Maarten justice savior.

This same Mr. Daal was charged to reorganize the Police Department, Customs Department and Prison in Curacao and he fail terribly. It is so shameful that the Minister of Justice is praising a man that is a well-known failure in Curacao. That is Mr. Daal track record and all this can be verified. He also failed as a politician to gain votes for his party as he part take as the number 2 candidate on the PIN-list. The government of Curacao was very happy to flush him out and present him on a silver plate to The Minister of Justice. She got him in a “calabash bowl”.

His blueprint will soon be experienced here in SXM.

EDITOR NOTE: Reason why our newsroom do not have a official statement from The Minister of Justice Ana Richardson is simply because the Prime Minister kick out 721news representative from the press briefing Wednesday gone.