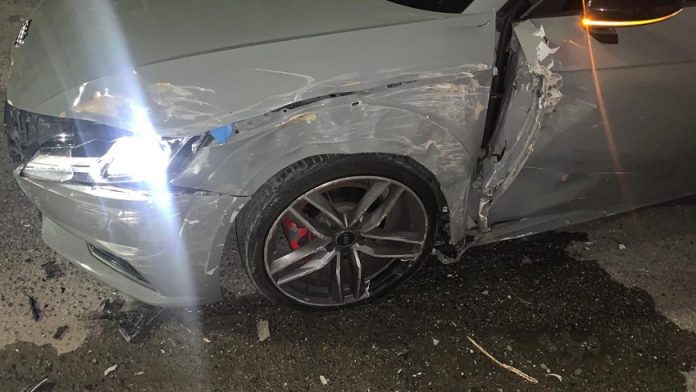 PHILIPSBURG, Sint Maarten — Traffic department personnel are busy investigating several accidents in the course of the last few day whereby in which motorists were injured. One such incident took place on March 9, 2022 at approximately 3:30 p.m. on St. Peter’s Road in the vicinity of the community center. It appeared that a pedestrian attempted to crossed the road without looking and was struck by a scooter. The victim suffered injuries to her forehead and abrasions to her right hip, right leg as well as her left forearm. She was given first aid by ambulance staff and brought to the attention of the SMMC. After treatment the victim was released from the hospital.

On March 10, 2022 at approximately 03.00 am the Police patrol arrested a female driver after a traffic accident that had taken place on the airport road. It appeared that the driver was driving under the influence of alcohol and could not be reasoned with. The female suspect was brought to the police station to sober up. She was later questioned by the personnel of the traffic department, issued a fined and sent home.

Several police patrols and personnel from the traffic department were directed to A.J.C Brouwers road on March 10, 2022 at about 5:50 p.m. for a crash involving a scooter rider who was seriously injured. Preliminary investigations indicated that the driver of the scooter was in the process of overtaking a line of cars, while simultaneously another driver allowed an SUV to turn left in order to drive onto Tiger Road. The scooter rider, who sustained serious injuries, was treated at the scene by ambulance personnel and rushed to the SMMC. It turned out that the victim suffered a hip fracture and was transported to the hospital on French side for further treatment.

Police Central Dispatch received several calls on March 10, 2022 around 11 p.m. of a traffic accident that had occurred close to the Belvedere border allegedly involving 3 vehicles. The preliminary investigation indicates that a gray Audi coming from the French side and travelling at high speed, lost control and slammed into a gold colored Toyota Corolla and then against a dark colored Hyundai Sonata both coming from the opposite direction. It appeared to be that the driver of the Toyota Corolla was badly injured and had to be extricated from the vehicle by the fire department personnel. He received medical attention on the scene and later rushed to the SMMC for further treatment. it later emerged that the driver of the Toyota Corolla had fractured two bones of the vertebral column.

In addition, the traffic department is also investigating an accident with minor injuries that took place on the Soualiga road on March 13 around 00.10 am. Apparently the driver of a white Suzuki SUV had lost control of the car and struck a light pole. The driver was slightly injured and required no medical attention.