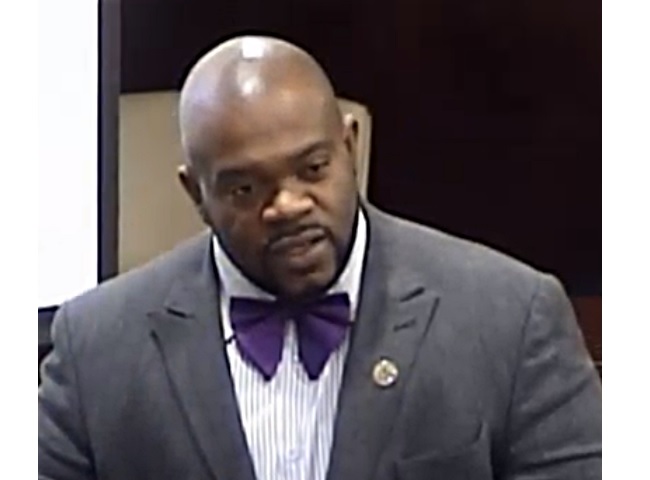 ~ Everything I warned about has come to pass ~

PHILIPSBURG, Sint Maarten — Independent Member of Parliament Christophe Emmanuel on Sunday said that the Prime Minister of St. Maarten has agreed to full administrative supervision by the Dutch under disguise of establishing the COHO and effectively relegated the Government and Parliament of St. Maarten to rubber-stamp status in their own country.

“Exactly as I said this government would from day one, colonialism by a different name,” the MP stressed, The MP said New State Secretary Alexandra van Huffelen has maintained the rigid stance of her predecessor Raymond Knops by ensuring that COHO and the CFT will have final say over St. Maarten’s budget and other projects, while not giving-in to St. Maarten’s concerns about infringing on its autonomy and laws, only saying that such concerns will be taken up, conveniently, after the COHO law is passed.

Emmanuel said that Van Huffelen, like Knops, only goal was to ensure that a range of measures in the agreed upon country packages are met for the next six years, including government maintaining of cuts to income and benefits. The MP sourced his information from the “Nota van Wijziging” of the draft COHO law which has been sent to the Parliaments of the countries and is in circulation via the media.

The CFT, already a restrictive body on St. Maarten, will be given more budgetary oversight powers including having to report to the COHO on whether or not there are obstacles included in the annual country budget that could hamper implementation of the country packages or other COHO projects. Should the COHO agree that such obstacles are clearly apparent, this will form the basis to decide whether or not to continue with liquidity support.

“In other words, do as we say or the tap runs dry. The Prime Minister of St. Maarten went on a media blitz to praise a fictitious and fresh new relationship with the Dutch and ended up delivering the exact same autonomy-killing law that has been on the table all along, only amended with language that assures broad interpretation which gives the advantage to the CFT and the COHO,” the MP said.

To that end the MP pointed out that while the four countries are of the opinion that the extra powers of the CFT should not allow it to assess policy effects on the budget, the CFT stresses that an assessment of the budgetary effects of policy intentions is part of its range of tasks.

“The countries are arguing that an assessment of the budgetary effects of policy is not the same as an assessment of whether policy is desirable or appropriate in terms of content. But doesn’t the content of policy trigger an effect on whatever budgetary issue? What is the difference and how can this be a comfort to the government of St. Maarten? This is a typical ploy by the Dutch to eventually say, you know what, the CFT is indeed correct,” the MP said.

He continued: “The intention is to ensure that the intentions of elected St. Maarten representatives are not undone by policy intentions that are independent of the agreements in the country package. So those of us who live here, who know the people here, who are elected here, if we think a certain policy is better than what they have envisioned for us, it will not be approved. We are being told what is better for us based on the perspective of others.”

He said it is clear that the Parliament of St. Maarten will have no power as the COHO will draft the execution agenda for the country packages and nothing will move forward unless the COHO so approves.

“This includes Parliament expressing its objections to anything in the country packages. Keep in mind COHO also retains the power to initiate projects on its own accord. So as much as the government thinks certain measures will not be included, that is not up to government and Parliament. If the COHO and its handlers feel like proposing a land tax for example, it can do exactly that,” Emmanuel stressed.

The MP also explained the St. Maarten will be obligated to add to the budget an updated multi-annual overview of the estimates of the benefits and costs associated with the implementation of the country packages, broken down to the themes and measures. It is not known, however, to what detail the government will be subjected to get approval from the CFT and the COHO. He said there is also no clear protections/restrictions to mitigate infringements of St. Maarten’s laws and regulations and Parliament’s legislative power.

“I have warned from the start, the Parliament of St. Maarten will have no say. The details are only now emerging. We already see it with country packages that come to Parliament with unrealistic measures and goals for St. Maarten. By the time it gets to Parliament (for information purposes only) Parliament is expected to shut up and go along since discussions are between the TWO and government. Because if you don’t, via blackmail there are financial consequences,” MP Emmanuel said, adding that he will not be silenced and will vehemently oppose colonialism by another name.

“On every level of the COHO law our autonomy and rights as a government and legislators are being infringed upon. Nothing has changed from the first draft of this colonial law. Control is being ensured with broad open-ended amendments, that the Prime Minister hopes will make it sound easier for the people to accept. The timeframe of 6 years is also open-ended nd can be extended by two years at a time. God forbid e face another disaster. Now I want to see and hear from the MP’s that supported the trajectory towards the COHO.”

“What you really have is the CFT and COHO taking over Parliaments role with its extra powers, the COHO taking over the role of the Executive branch with its deciding rights and the Prime Minister selling the people a six for a nine like she did with the 12.5% cuts and benefit freezes. The actions of the PM and her Parliamentary support, who defends collusion to hide documents and set up side deals caught on tape, along with a history of being deceitful with the Dutch who called her government untrustworthy, paved the road for this take over. The Prime Minister said she will not be known for pushing St. Maarten back into colonial days. Well, she failed miserably,” the MP concluded.