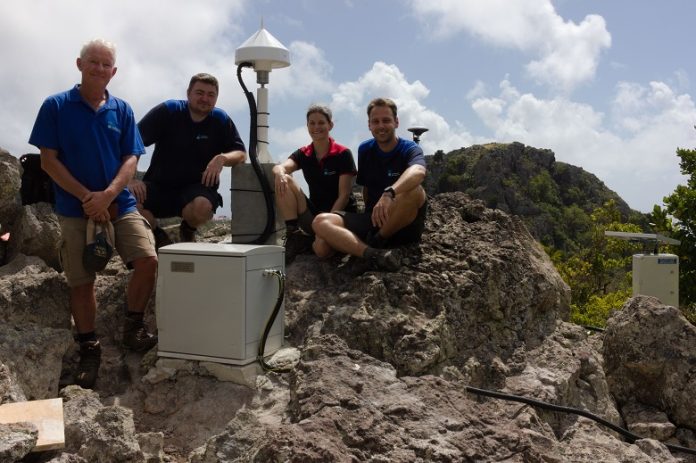 SABA — The Royal Netherlands Meteorological Service KNMI has been on Saba since February 11 to, among other things, install a new Global Navigation Satellite System (GNSS) on Parish Hill and to do regular maintenance of the monitoring equipment that is already there.

Together with the GNSS equipment on the North Coast’s Grey Hill, St. John’s, at the airport and now on Parish Hill, the KNMI can closely monitor the Mt. Scenery volcano from all sides of the island. “There was no GNSS yet on this side of island. It is important to monitor the volcano from all sides,” said KNMI volcanologist Elske de Zeeuw-van Dalfsen about the new GNSS on Parish Hill.
The equipment for the new GNSS at the Whale’s Tail was brought to Saba by boat from the Netherlands.

Seismometers
Unlike on the other locations, no seismometer was installed on Parish Hill, because there is already a seismometer inside the building of the Saba Telephone Company Satel in The Bottom. In total, there are five seismometers on Saba, at the airport, in Windwardside, St. John’s, The Bottom and on Grey Hill.

Installing a satellite connection at the new GNSS at the Whale’s Tail was not necessary like on the remote Grey Hill location in April last year because there is reception on Parish Hill. With no seismometer or satellite equipment, the total load to carry up to the Whale’s Tail was less heavy. The four-member KNMI team, with local assistance, carried up the GNSS, solar panels and an electronic cabinet, along with tools and the materials to secure the equipment to the ground.

While on Saba, the KNMI team, as usual, did regular maintenance of all measuring equipment. All five seismometers, the four GNSS installations that were already in place were thoroughly checked, and one computer was replaced. The monitoring stations are constantly subjected to the elements like strong winds and salt, so maintenance remains very important.

Cost-efficient GNSS
During their visit this time, the KNMI team also installed four cost-efficient GNSS instruments as an experiment to see how well they work. One was placed on the top of Mt. Scenery, one alongside the new GNSS on Parish Hill, one on the location of the new Black Rocks harbor and one in Windwardside.

The cost-efficient, easy to install versions of the regular, more expensive permanent GNSS will remain for two years and were strategically placed to further complete the network of monitoring equipment. “We want to see how well they work and how we can best deploy them. The cost-efficient GNSS are more mobile, because they can easily be moved to another location,” explained de Zeeuw-van Dalfsen. The cost-efficient GNSS instruments were only placed on Saba, as an experiment.

Facebook group
The KNMI has started a Facebook group where updates are placed about KNMI’s work on Saba and St. Eustatius. “The idea is to keep people abreast in an easily accessible manner. People can also share volcano or earthquake related observations, for example if they feel a tremor,” said de Zeeuw-van Dalfsen.

Information is also available on: https://www.knmidc.org/volcanoes/

The KNMI team, which leaves Saba on Saturday, February 26, during this visit consisted of volcanologist Elske de Zeeuw-van Dalfsen, seismologist Reinoud Sleeman, technician Belmin Kuc and geodesy expert Andreas Krietemeyer. The KNMI plans to return to Saba in the last quarter of this year. In May, the KNMI team will visit St. Eustatius where a fourth permanent GNSS will be installed north of The Quill. 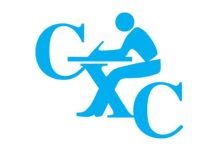 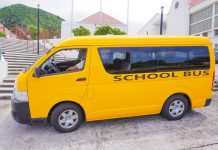