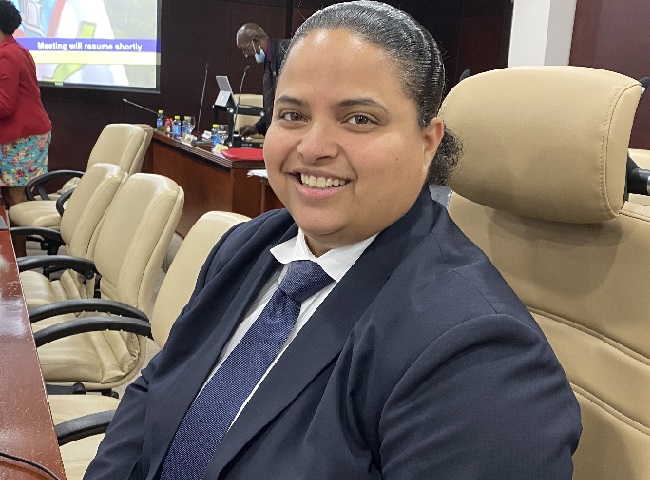 PHILIPSBURG – The supervisory board of the Sint Maarten Harbor Group of Companies has been incomplete for almost 18 months, operating with three members shy of the minimally required five, according to the company’s statutes.

To make it worse, one of the remaining three supervisory board members left their position in November 2021.

“This leaves only two persons on the supervisory board of the Harbour Group of Companies. It is not only a violation of good corporate governance principles and the company’s own statutes, but of the country’s Corporate Governance Code,” explained MP Gumbs. “Executing proper supervisory tasks cannot be left to two persons, not because of any lack of competence, but due to the magnitude of the task of supervising the 12 companies under the Harbor’s portfolio.”

With poor corporate governance practises having already hampered other government-owned companies in the recent past, MP Gumbs considers it unacceptable that the shareholder has seemingly refused to fill these critical vacancies.

“Taking some time to act with due diligence is understandable, but more than a year is now bordering on ridiculous. The lack of action by the shareholder, with no clear and valid explanation, is simply acting in contravention of the concept of good governance, especially as it relates to transparency and integrity,” said MP Gumbs.

The PFP faction leader asked TEATT Minister Lawrence why the shareholder (government) did not proceed with appointing two members to the supervisory board based on the candidate list submitted in December 2020, considering the board was already operating at a deficit by that time.

She also asked the TEATT Minister if the shareholder has officially dismissed these three candidates.

MP Gumbs concluded by asking whether the Corporate Governance Council has issued an advice on the appointment of the supervisory board of the Harbor Group of Companies.

“If so, could you send a copy of this advice to Parliament, as it does not appear in our archives? If not, could the shareholder explain why the Corporate Governance Council was not involved in the process of identifying nominees for the Harbor Supervisory Board?” asked MP Gumbs.