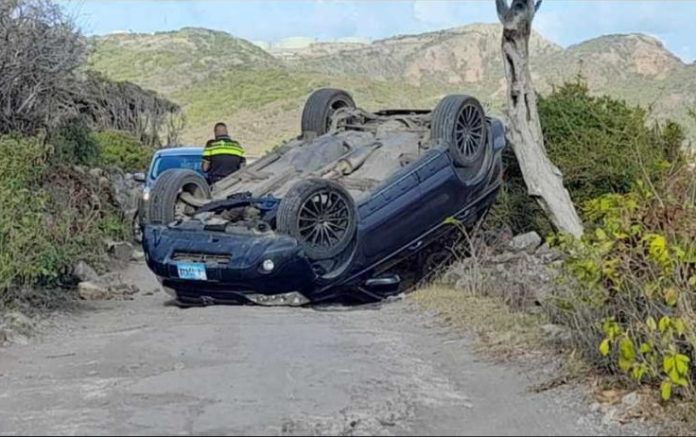 SINT EUSTATIUS — In the morning hours on Thursday 3rd of February, the police station received a report about a collision on the Weg naar Lynch on St. Eustatius. A car flipped over.

The driver stated that he was not aware that there were rocks on the road surface that he hit that caused the car to roll over. The driver was taken to hospital by ambulance for medical treatment.

SINT EUSTATIUS — In the morning hours on Wednesday, 2nd of February, a planned traffic control was held at the Father van Tevelenweg, near the police station on St. Eustatius.

A total of 33 vehicles were checked during which an official report was written for the wrong category of driving license, a driver received a warning because he still had to attach the new license plate to the vehicle.

Furthermore, a scooter was taken to the police station for safekeeping until the owner received a valid road tax. The driver also received a ticket for this.