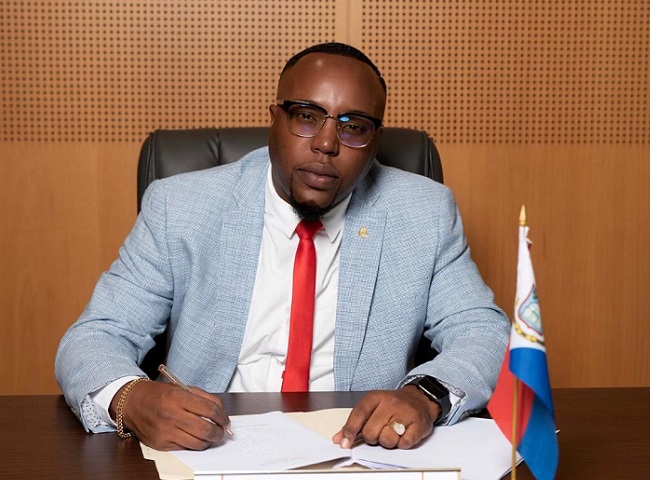 SINT MAARTEN, PHILIPSBURG – The Honorable Minister of Public Housing, Spatial Planning, Environment & Infrastructure Egbert Doran has taken note of two (2) articles that were published recently in The Daily Herald regarding the Over the Bank/Vineyard Heights properties.

Minister Doran would have liked to be given the opportunity to also provide his comments for this to be included in the newspaper article where the community would have had a balanced view from two perspectives when reading about the issue.

“I would like to provide clarification for the community of Sint Maarten related to Over the Bank/Vineyard Heights.  In March 2015, a claim was filed against Country Sint Maarten by a presumed Heir to the land. The individual who filed the complaint with the court (complainant) built on properties known under parcels 290/1984 and 162/2014.

“The Court in First Instance denied the claim. The individual (complainant) lost multiple cases brought against Country Sint Maarten over flawed claims of ownership in this regard. The presumed Heir filed an appeal against the judgment of the case filed in March 2015 and lost that case as well. The properties known as ‘Over the Bank’ as previously described are the properties of Country Sint Maarten.

“On October 7, 2021, a different presumed Heir placed an article/notice in The Daily Herald. In this article, reference was made to the Judgment registered under SXM 201700071, which is the appeal case that the first complainant lost, as the basis for the new presumed Heir’s claim that they acquired legal ownership.

“This notice by the new presumed Heir, as it pertains to the ‘Over the Bank,’ is therefore factually incorrect.  An article in the newspaper cannot and does not overrule multiple court judgments regardless as to how much the heirs would rather that to be the case.

“On November 9th, 2021, the new presumed Heir placed another lengthy article in the newspaper. This time the critique was not only directed towards Country Sint Maarten, but quite some critique was levied at two notaries, the Cadaster, and the Ombudsman. The article mentioned that the Ombudsman stated that based on the Court’s ruling, the ‘Over the Bank’ parcels belong to Country Sint Maarten. As we can recall, the Ombudsman also mentioned this a few days ago on the floor of Parliament.

“I can understand that the presumed Heirs may not agree with the ownership of the properties in question. However, not being in agreement about the ownership does not equate legally to a legitimate claim of ownership and/or a legal form of entitlement to said properties.

“During the Parliamentary hearings on the topic of these properties, I already explained the incorrect interpretation of the facts and ownership of the property in question. The Parliament of Sint Maarten was also provided with the judgment(s) from the Court in First Instance and the Appeal Court. These confirmed that no other presumed heirs are the legal owners and that any other claims of ownership are incorrect.

“I do hope that this explanation once again clarifies any potential misunderstandings on the ownership issue as it pertains to the ‘Over the Bank’ properties,” Minister Doran said on Wednesday